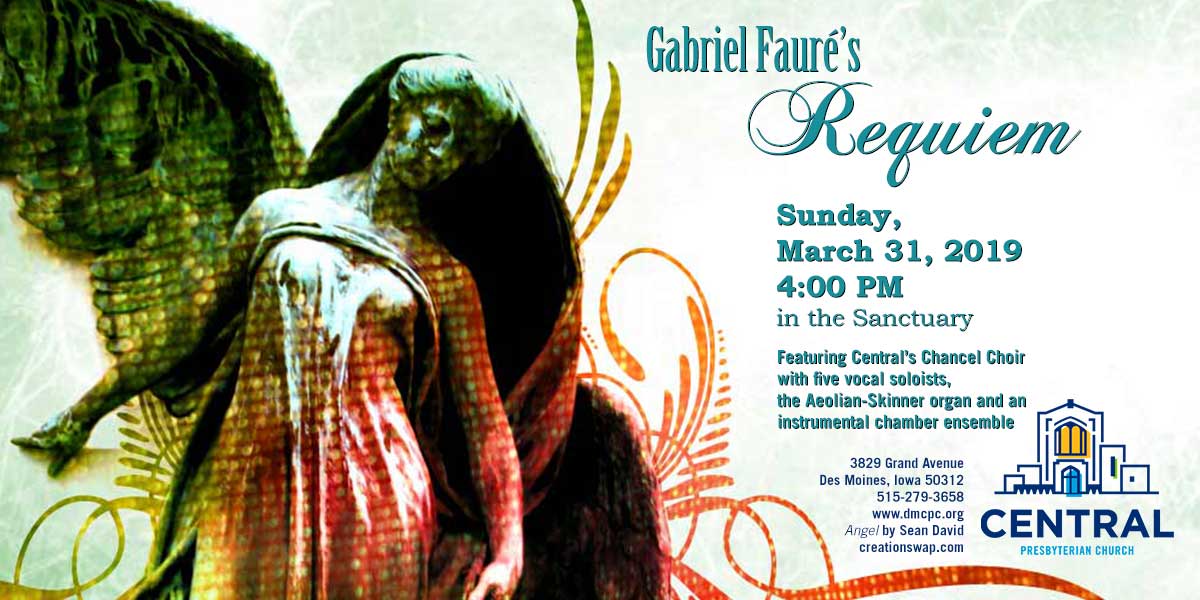 The Chancel Choir from Central Presbyterian Church in Des Moines will present Gabriel Fauré’s Requiem on Sunday, March 31, 2019, in the Sanctuary. The music begins at 4:00 p.m. with the Chancel Choir singing the famous mass for the dead written by this French composer.

From an interview with Gabriel Fauré, published in Comoedia (1954, p. 6): “It has been said that my Requiem does not express the fear of death and someone has called it a lullaby of death,” stated Fauré. “But it is thus that I see death: as a happy deliverance, an aspiration towards happiness above, rather than as a painful experience.”

Admission is free, but a free-will offering will be taken during the service. Childcare will be provided for small children. A reception will be held in the East Parlor following the program.

Let Central Presbyterian be an integral part of your Lenten journey and Easter celebration.

Central Presbyterian Church is located on the corner of 39th Street and Grand Avenue in Des Moines. For more information about Central’s music tradition, contact the church office at 515-279-3658 or office@dmcpc.org.