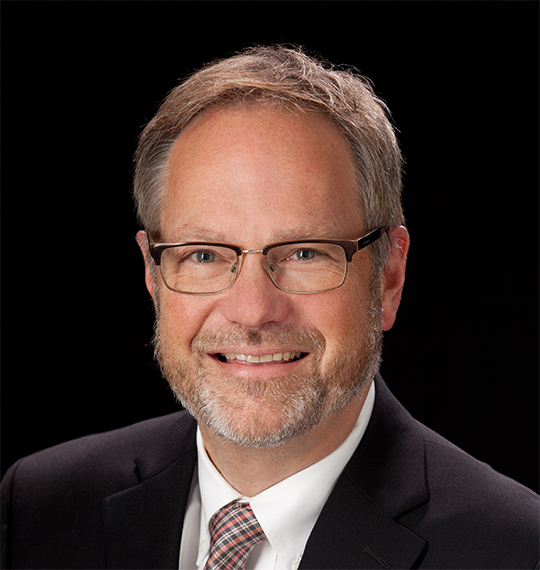 This recital features Gregory Peterson, internationally acclaimed recitalist from Luther College in Decorah, playing on Central’s 41-rank Aeolian-Skinner pipe organ. Music pieces will include masterworks by Johann Sebastian Bach, Cesar Franck, Herbert Howells, Gerald Near and Craig Phillips. Peterson had this to say about the 55-year-old instrument, “The Aeolian-Skinner Organ at Central is a musical treasure in the city of Des Moines. I look forward to making music with it in its newly refurbished condition.”

Peterson will also highlight pieces by Alice Jordan and Robert Speed. “I would like to honor their legacy and connection to Des Moines,” Peterson states. “And the Central Presbyterian Church community may be delighted to hear songs from their former organist, Robert Speed.”

Dr. Peterson is professor of music and college organist at Luther College, where he teaches applied organ, church music and January Term courses abroad. In addition, he serves as cantor to the Luther Student Congregation, and is the conductor of Luther Ringers, which he founded. He served as head of the music department from 2011–2017.

A respected leader in the field of church music, Peterson served the historic Old South Church in Boston, Mass. as organist and minister of music from 1997–2005. At Old South he directed the Old South Choir and Old South Ringers and performed regularly with the Old South Brass, Organ and Timpani Ensemble. Prior to his appointment in Boston, he was visiting assistant professor of music and Christ Chapel organist at Gustavus Adolphus College in St. Peter, Minn. He has also been a visiting professor at Pacific Lutheran University in Tacoma, Wash. and served as music director for churches in Connecticut, Iowa, Minnesota and Washington.

He serves on the Development Committee and as a Trustee of the Association of Lutheran Church Musicians and served two terms as President of ALCM (1997–2001). He is active in the American Guild of Organists, and is a frequent workshop leader at various conferences.

Peterson earned the bachelor’s in music at Luther College. He holds a master’s from Yale University in the Institute of Sacred Music and a doctorate in organ performance and pedagogy from the University of Iowa. He undertook additional study at the Summer Institute for French Organ Study and at the Gothenburg International Organ Academy in Sweden.

Following the recital will be a reception in Central’s East Parlor.