The Holocaust Through the Eyes of a Child Survivor 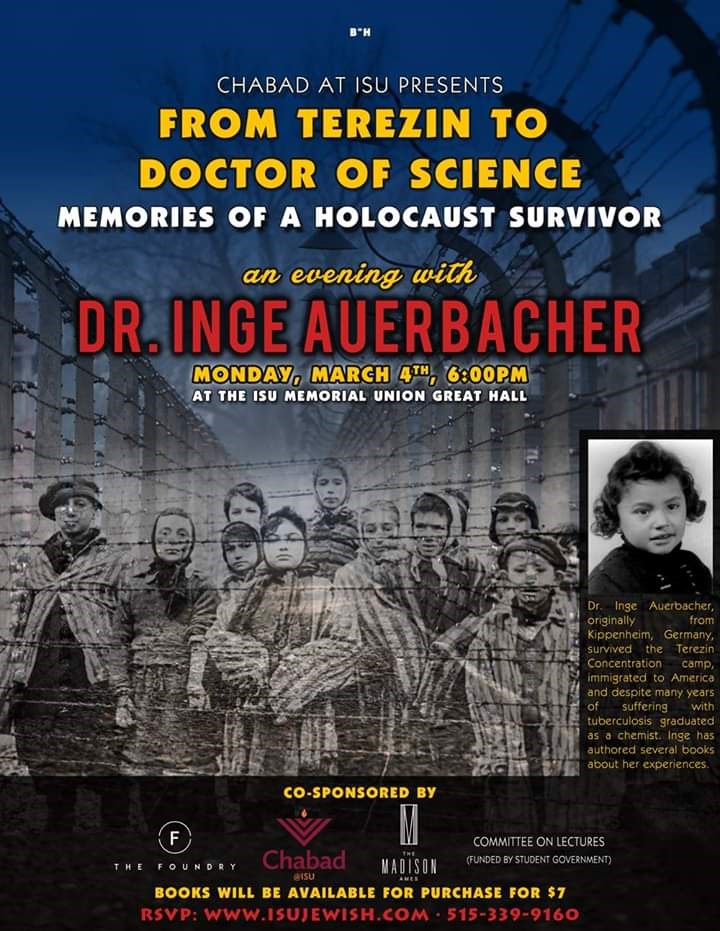 Inge Auerbacher shares her story as a Holocaust survivor who spent 3 years as a young child in Terezin concentration camp in Czechoslovakia. Auerbacher was born in Kippenheim, Germany, survived Kristallnacht, and was deported with her parents in 1942 to Terezin, where out of 15,000 children only about 1 percent survived. Miraculously, she and both of her parents survived and immigrated to the United States after the war. Inge Auerbacher speaks frequently about her experience and has shared her story in the books I Am a Star-Child of the Holocaust and Beyond the Yellow Star to America. She was a featured speaker at the United Nations Holocaust Remembrance Day ceremony last month.

Upon arriving in the United States Inge Auerbacher was stricken with a deadly disease caused by years of malnutrition in the concentration camp. She was hospitalized for two years, and fought a valiant battle for many years to regain her strength. Although she had lost many years of schooling she graduated with honors from Bushwick High School in Brooklyn, New York after only three years in 1953. She completed a college degree (BS in Chemistry) in 1958, and continued with post-graduate work in Biochemistry. Inge worked for over 38 years as a chemist with prominent scientists in research and clinical work.

Inge has been lecturing on the Holocaust since 1981, and has spoken to thousands of people in the USA, Canada and Germany. Prize-winning documentary films have been made about her, which have been shown in the USA and all over the world, and she has been awarded the following prestigious awards for her work teaching tolerance and human rights, including the Ellis Island Medal of Honor.

“My hope, wish, and prayer, is for every child to live in peace without hunger and prejudice. The antidote to hatred is education, no more genocides, no more anti-Semitism.” –Inge Auerbacher