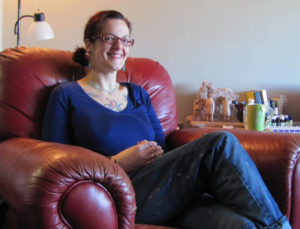 When you first meet Tara, you immediately notice a few things about her. Her eyes sparkle, and she has more than a few goals. But that wasn’t always the case.

Born in Salt Lake City, Tara came to Des Moines seeking opportunity after escaping an abusive situation. In Des Moines she attended college, graduated, and got a job at a financial firm. However, layoffs forced her to move to Texas where, not long thereafter, she fell on hard times.

In the span of seven months, Tara lost 155 pounds and was diagnosed with debilitating disorders. She became incommunicative and was unable to retain even the simplest information for more than two minutes at a time. She lost her job, became homeless and lived in her car. Perhaps worst of all, Tara’s body was starving and no one knew why.

Tara returned to Iowa where she learned that she had a genetic mutation that rendered her unable to process food properly. Her physician later told her that over 90% of people with her condition die because of a misdiagnosis. Tara had been close. 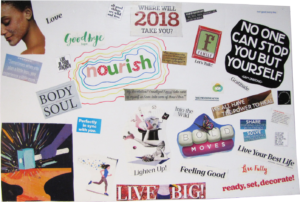 Although her condition is incurable, Tara says today that she is grateful. She has a team of professionals helping her to be as healthy as possible and her quality of life is much improved. Today she has a home, friends at Ligutti Towers, and hope for the future. And she is grateful to DMARC.

“They were all so kind when I first went to the Bidwell Food Pantry,” says Tara. “They welcomed me and there was no judgement; they were great (even singing!) while helping me shop for food. They treated me like I mattered. And provided a way for me to access fresh and healthy food which is so expensive.”

Thanks, Tara, for paying it forward! Won’t you pay it forward too by making a gift to DMARC? Your support will ensure that our Food Pantry Network is available when needed, just like it was for Tara.

This past year, support for DMARC made it possible for over 50,000 people to have access to fresh and healthy food. But our work is not done, and we need your help. Won’t you support DMARC this holiday season? Your gift will be used effectively and efficiently right here in our community.