Chicken of the Sea donated $10,000 to DMARC/Move the Food on Thursday, May 15, 2014. The donation took place during a segment of “Great Day” on KCWI 23. Chicken of the Sea is celebrating their 100th Anniversary, and are travelling the United States donating $1 million to nonprofit organizations. The check was presented by Chicken of the Sea’s Senior Vice President Christie Fleming to DMARC’s Executive Director Rev. Sarai Schnucker-Rice.

The donation of $10,000 supplies nearly 12,000 meals. Canned tuna is an affordable source of protein for meal boxes used at DMARC food pantry locations.

Thank You Chicken of the Sea! 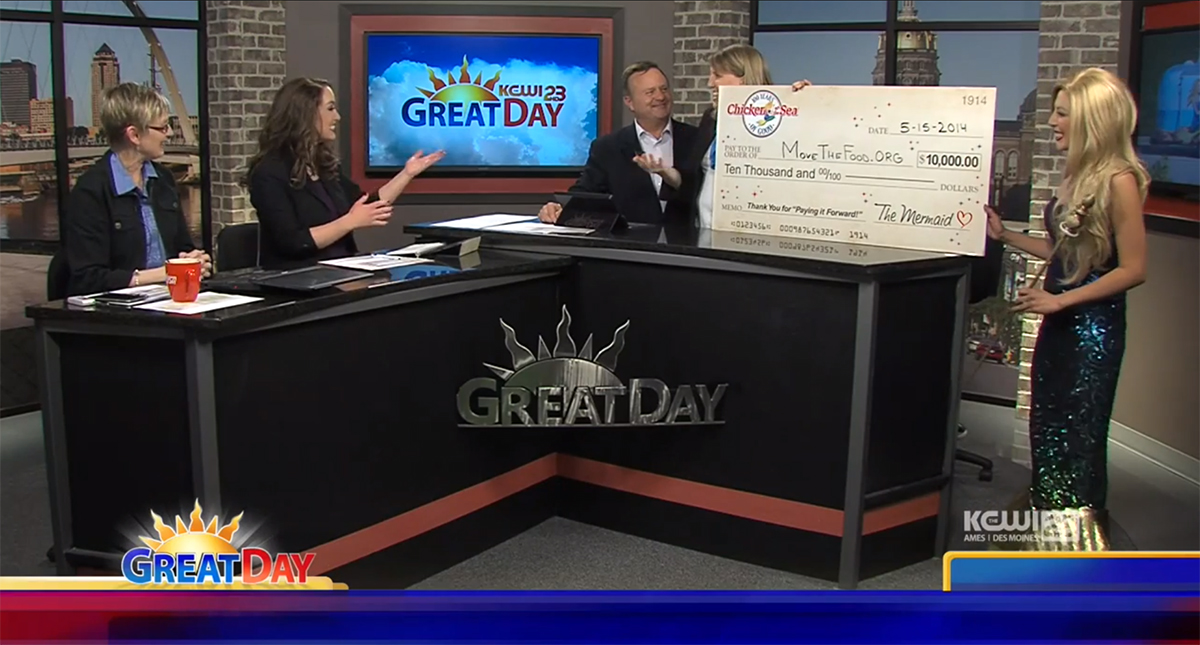