“We are very excited to have Blake bring his experience and perspective to our team and for Luke to expand his role around the important advocacy work DMARC engages in around solving root causes of food insecurity,” said DMARC CEO Matt Unger. 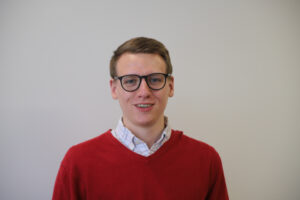 “DMARC’s mission starts with elevating the voices of the Iowans we assist. I can’t wait to elevate those voices and impact real change in our community,” said Willadsen. “I can’t think of a better time than now to join the fight against food insecurity.”

Willadsen is joining the DMARC team after serving as the Development Coordinator at the Iowa Homeless Youth Centers (a YSS community based center) since October 2019. He graduated with a bachelor’s degree from Simpson College in 2017 and previously served on the board for the Des Moines Street Collective. 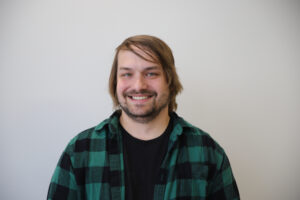 “I’m looking forward to deepening my advocacy role at DMARC,” said Elzinga. “We know that addressing hunger takes more than just providing food through our network pantries. Advocating for systemic change is a critical piece of ending hunger and food insecurity.”

Luke Elzinga first joined DMARC as Communications Manager in April 2014, later becoming Communications & Advocacy Manager in June 2018. He graduated with a bachelor’s degree from Iowa State University in 2012 and is currently working on his Master of Public Policy through the University of Northern Iowa. Elzinga currently serves as the board chair of the Iowa Hunger Coalition, and has previously served on the boards of the Young Nonprofit Professional Network (YNPN) Des Moines chapter and dsmHack. He is currently a HealthConnect Fellow with the Mid-Iowa Health Foundation and was a 2017 fellow of the New Leaders Council Des Moines Chapter.