The 36th Street property was purchased by the Revival Center Church of God in Christ. They will be re-purposing the old warehouse for their congregation’s programing as well as making the upper floor of the offices into a sanctuary again.

Thank you for your continued support during our relocation! 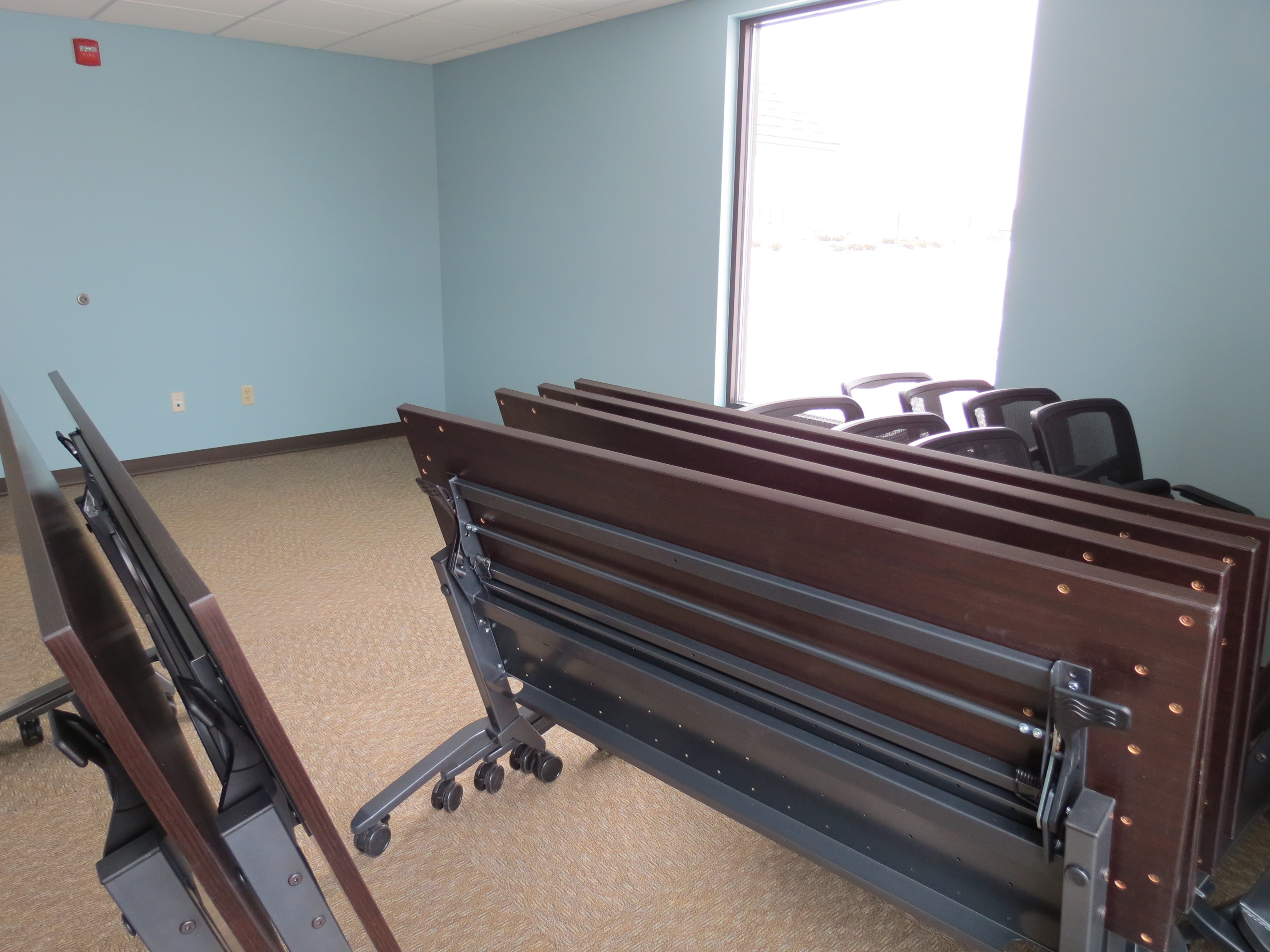 New ‘gently used’ furniture was donated to the offices and steel fencing is going up around the building. Check out our January 8th photos of DMARC’s new location at 1435 Mulberry Street! 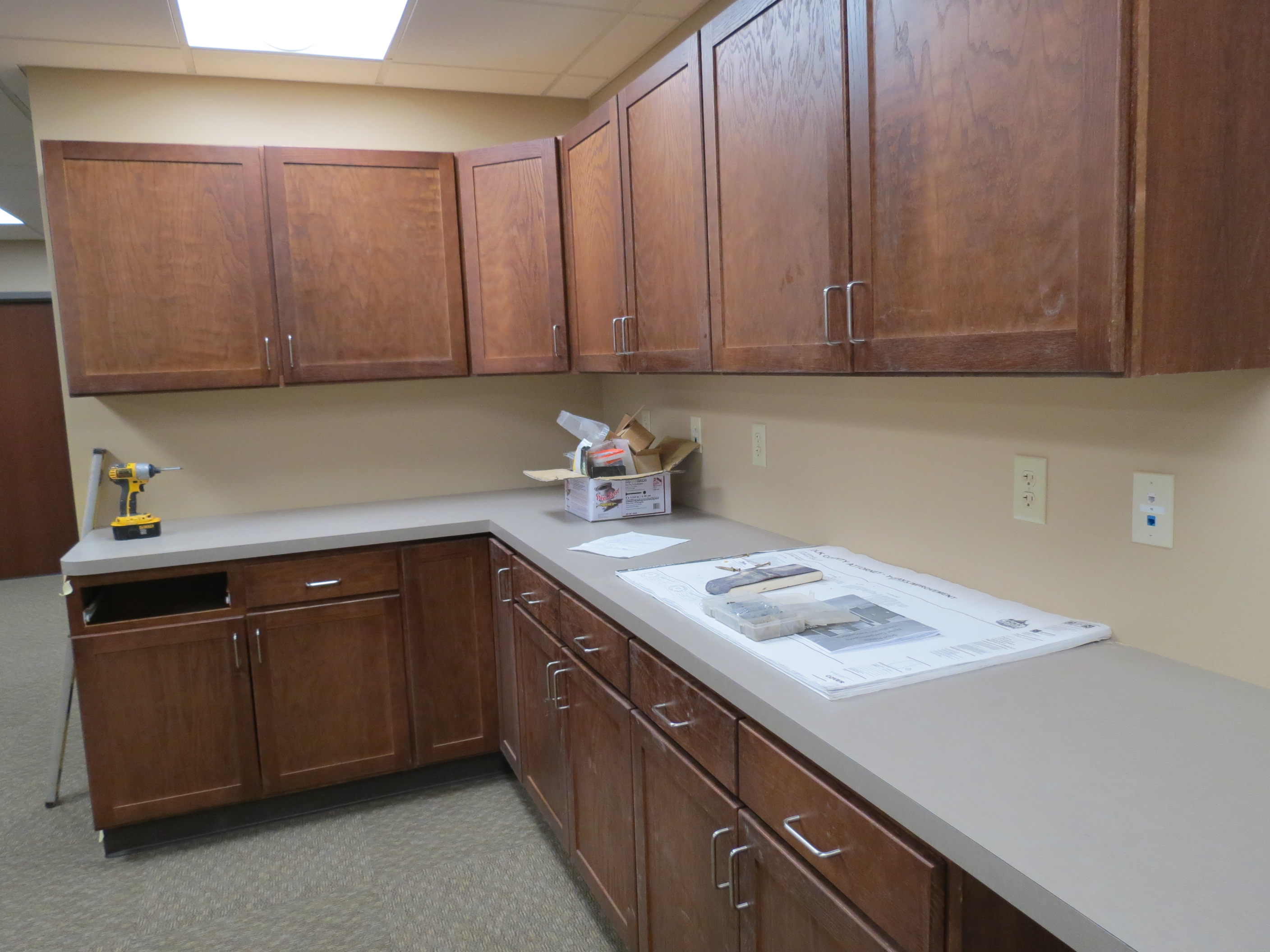 The finishing touches are dressing up the Mulberry building. Check out the latest photo album from December 31, 2013. Happy New Year! 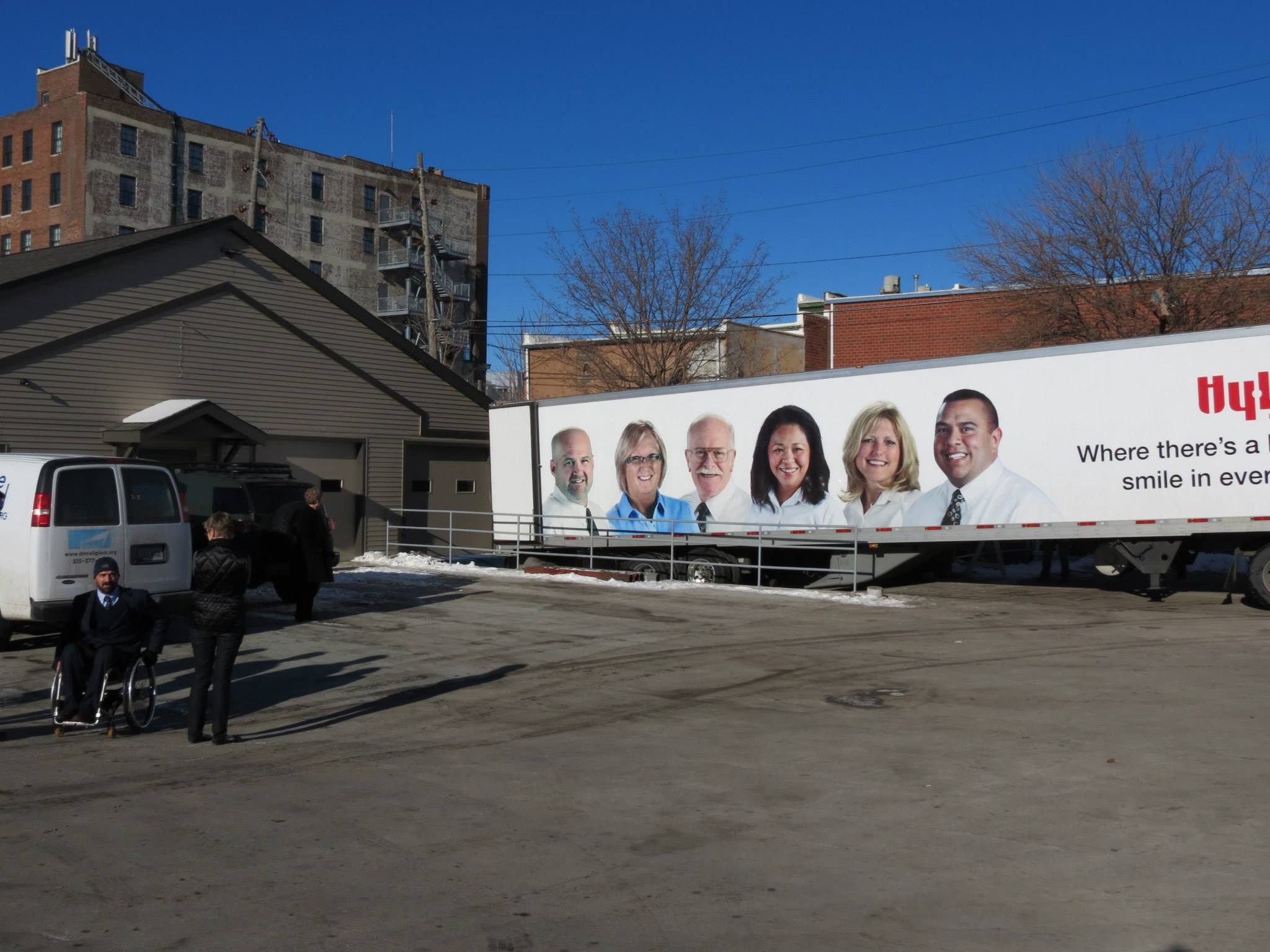 Hy-Vee Food Stores delivered the first food donation today with a semi-truck at the new Mulberry Street food pantry warehouse. We also are getting new palette shelves and property fencing installed. Click here to see photos from the December 17, 2013 event. 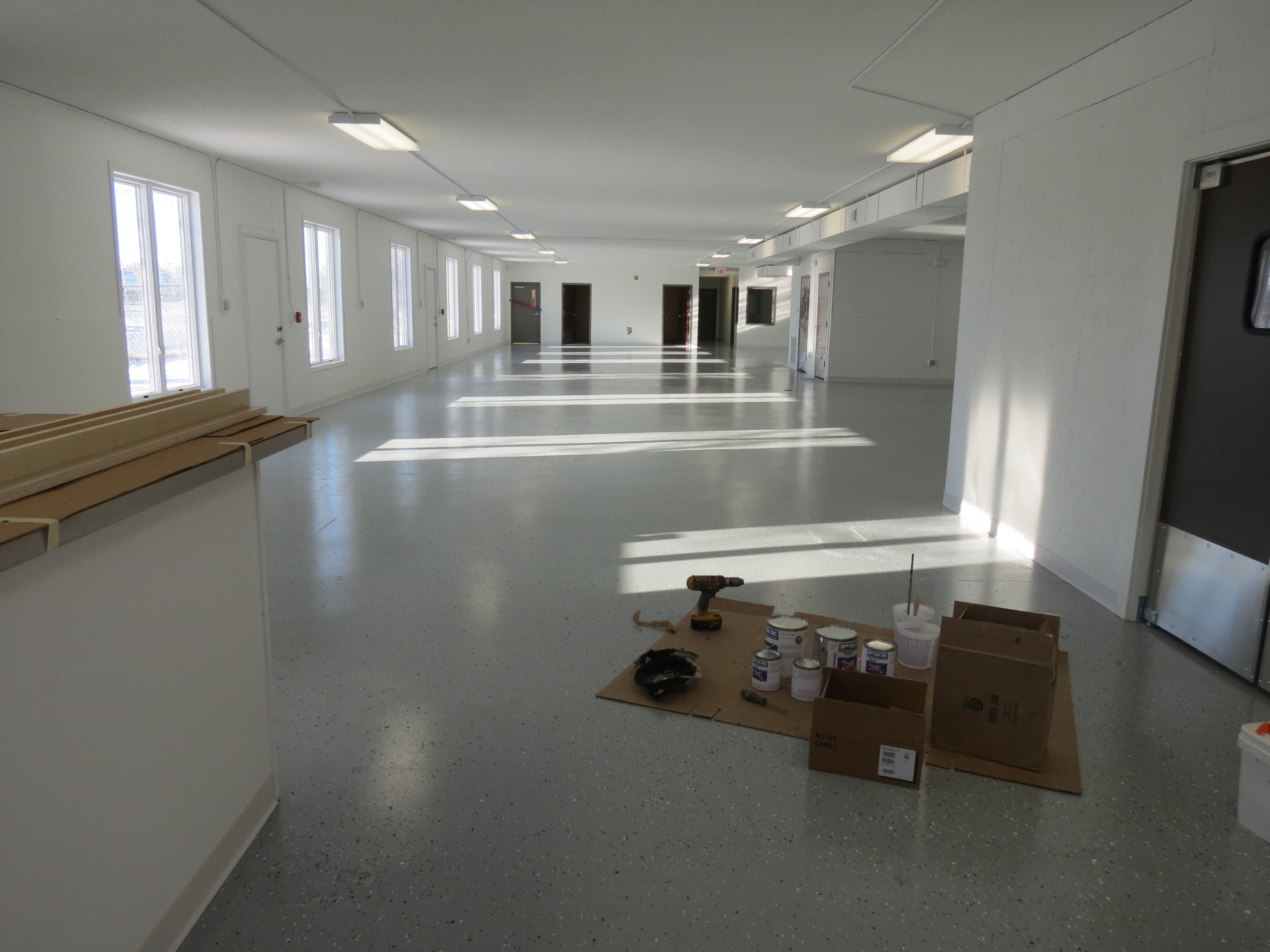 The cupboards are in the office copier area and the tiling is done in the breakroom. Even the warehouse is getting new epoxy flooring today. See more photos for December 11, 2013. 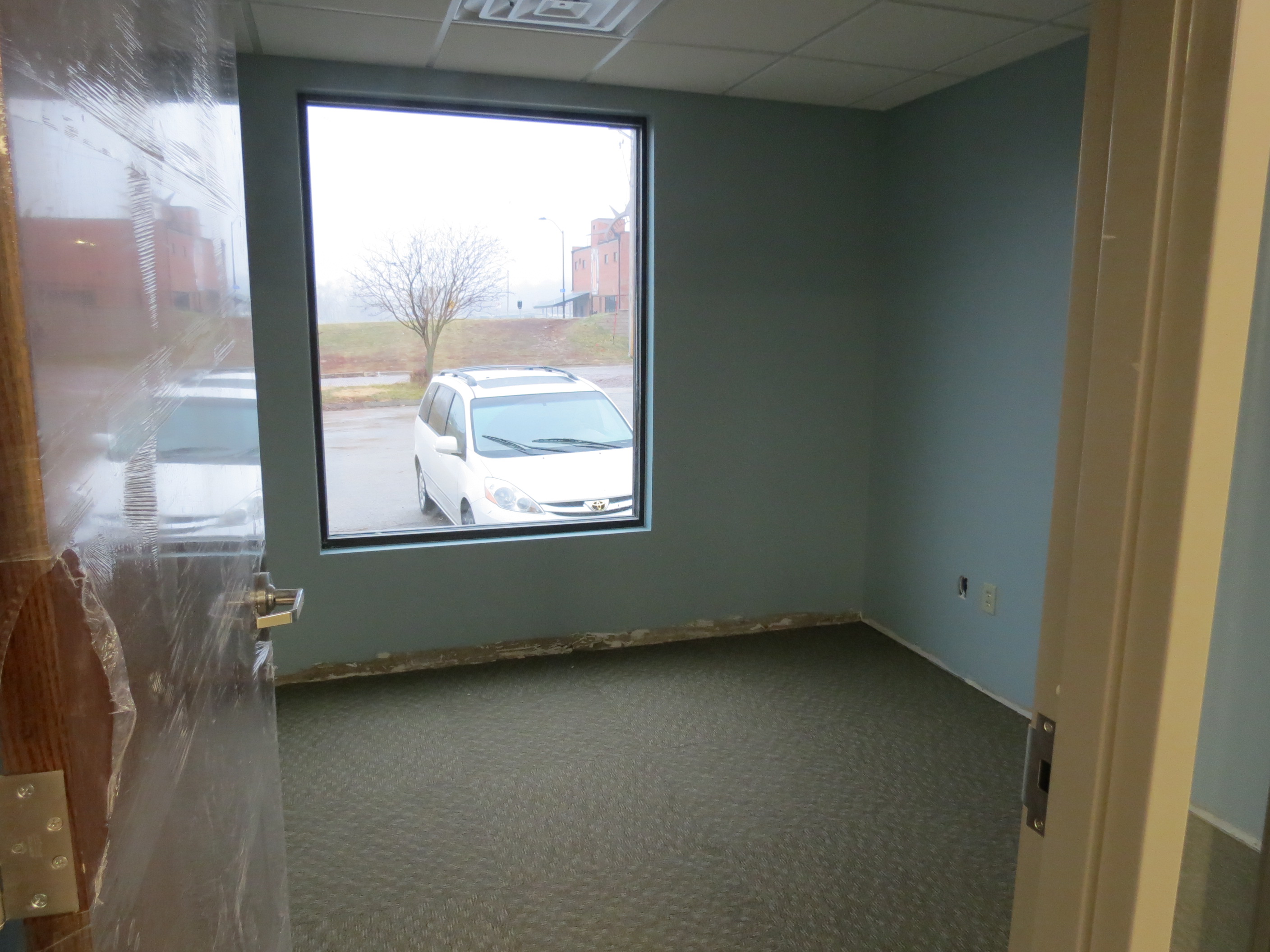 The floors have carpet, restrooms are near complete and the dock area has been enclosed with swinging doors and plastic see-through door strips. Click here to see our progress photos from December 4, 2013, of the renovation of the new DMARC building! 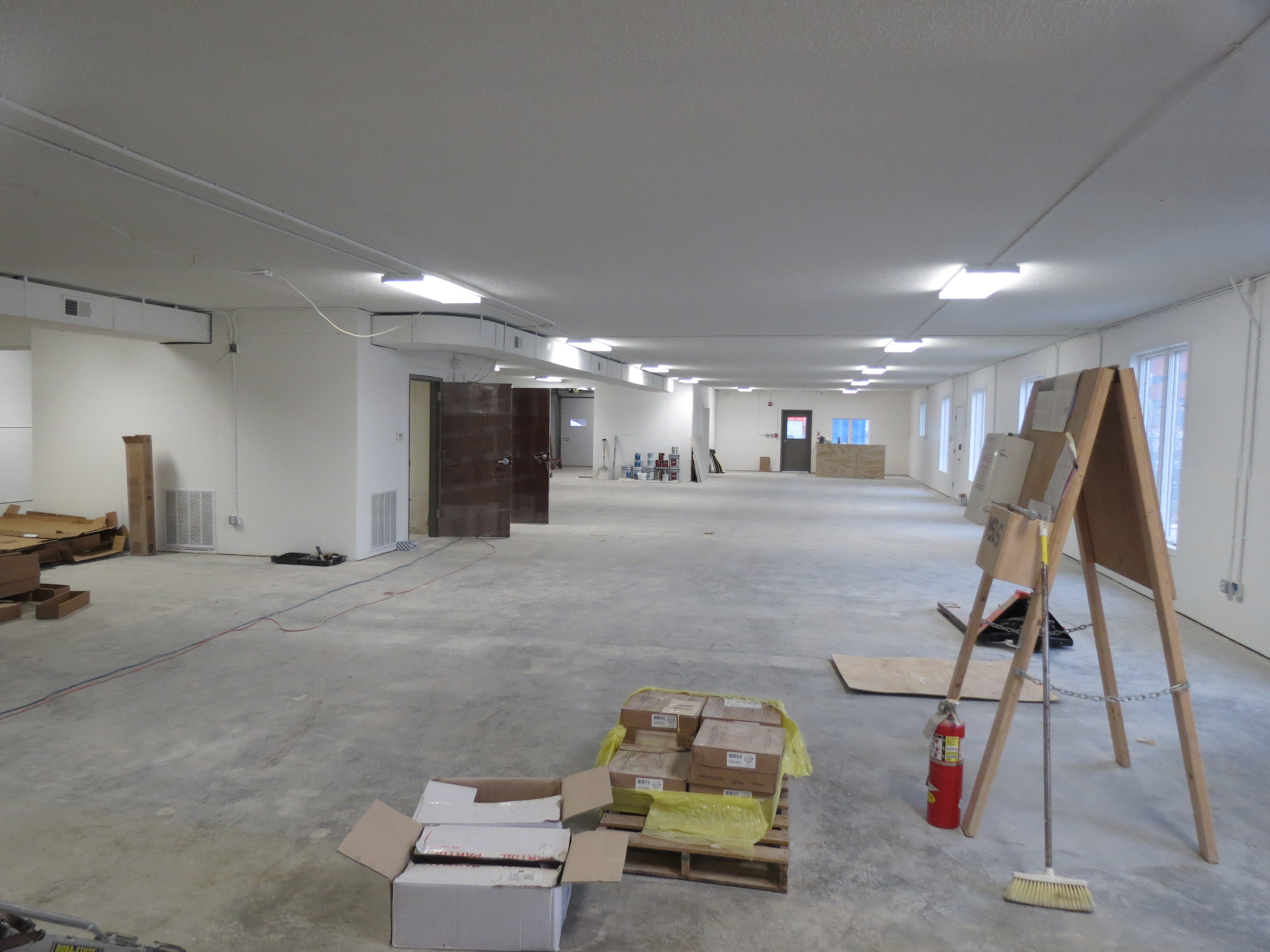 The office doors are installed and ready to use. The restroom exhaust fans are being installed. Check out the photo album from November 26, 2013. 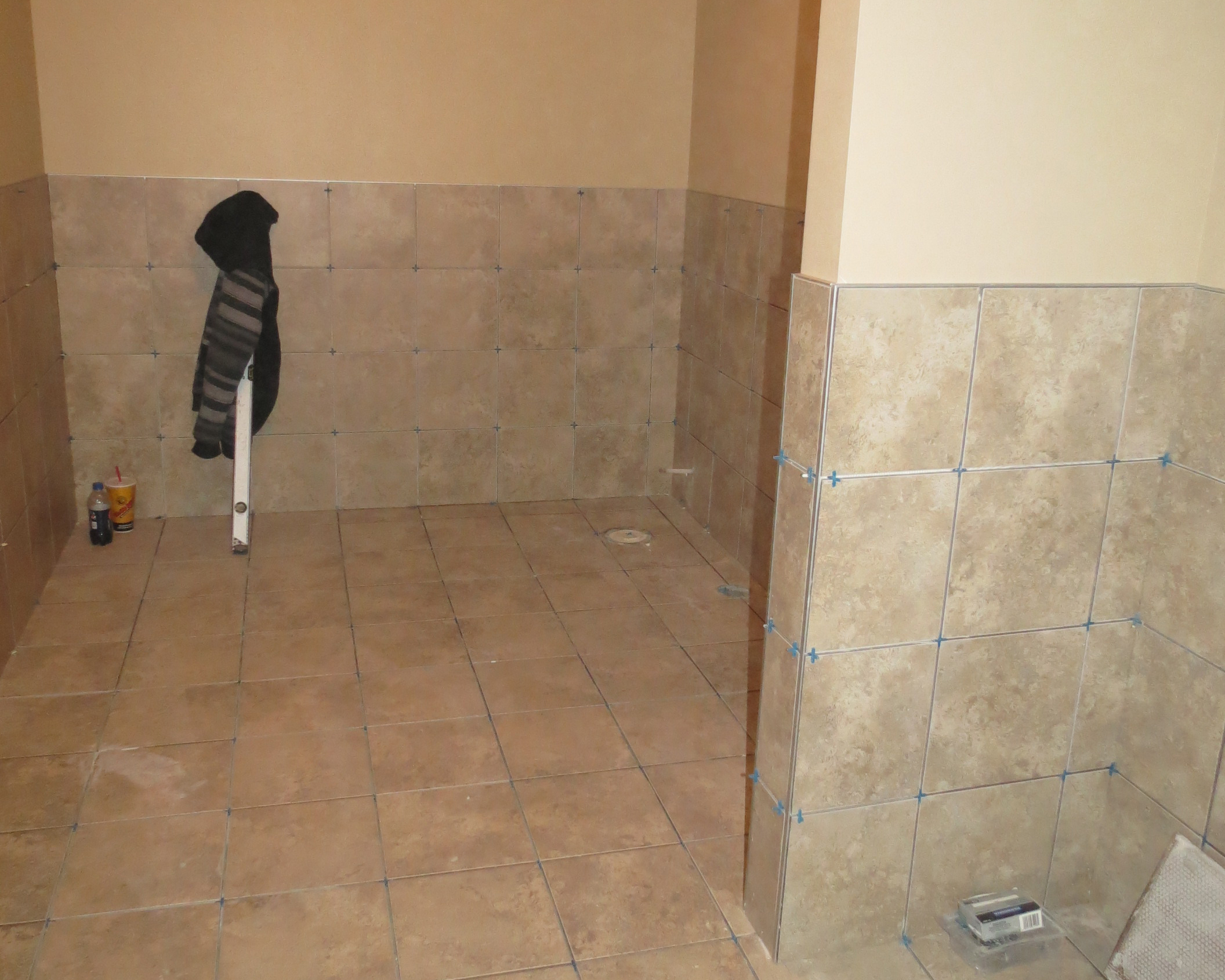 The new garage doors have been installed in the food pantry warehouse. Offices are all painted and the tiling for the restrooms is in place. View the photo album taken on November 21, 2013. 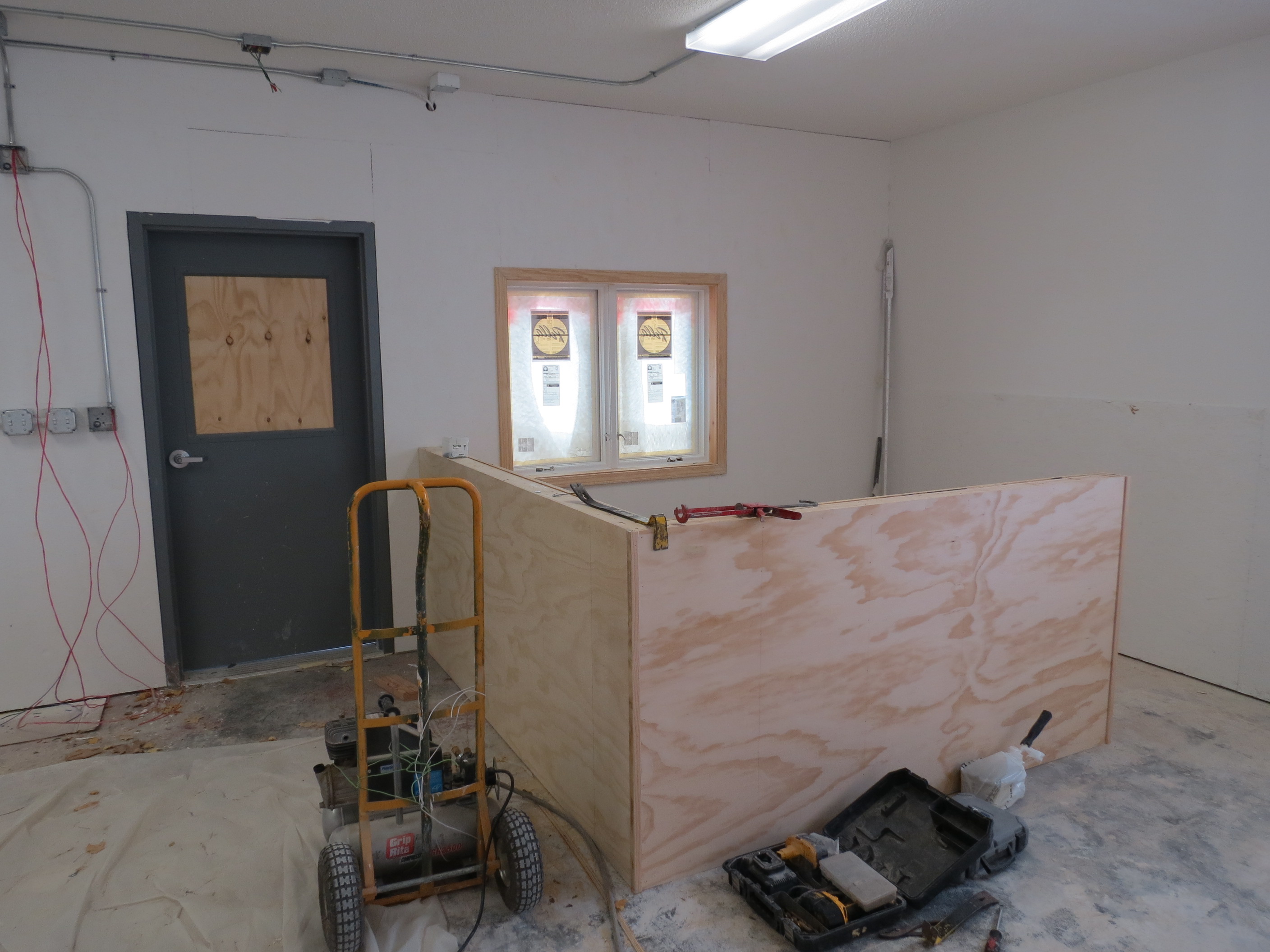 New counters for the reception areas and the walls in the offices have been painted! Check out our colors in the new building with these photos taken on November 15, 2013. 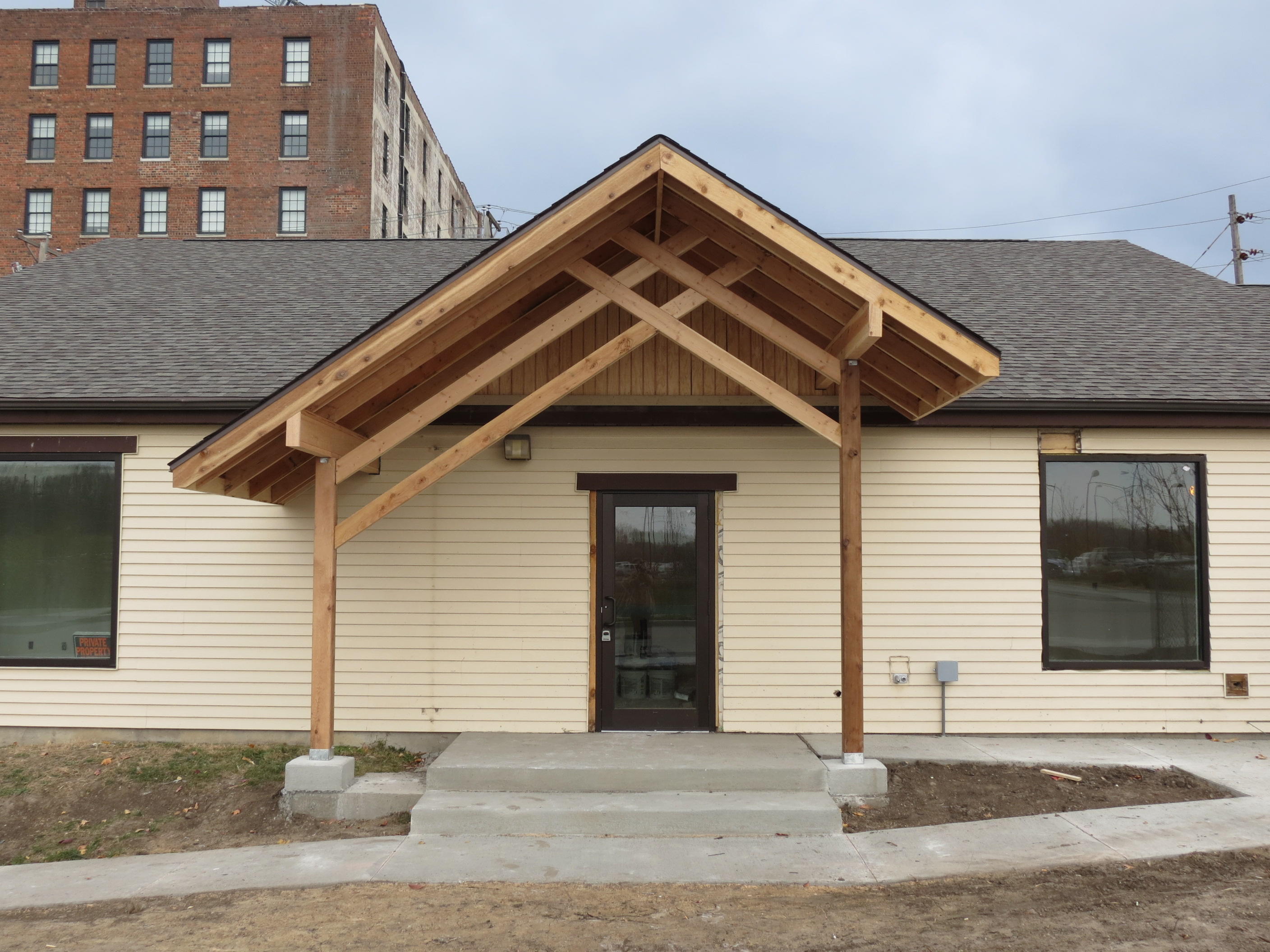 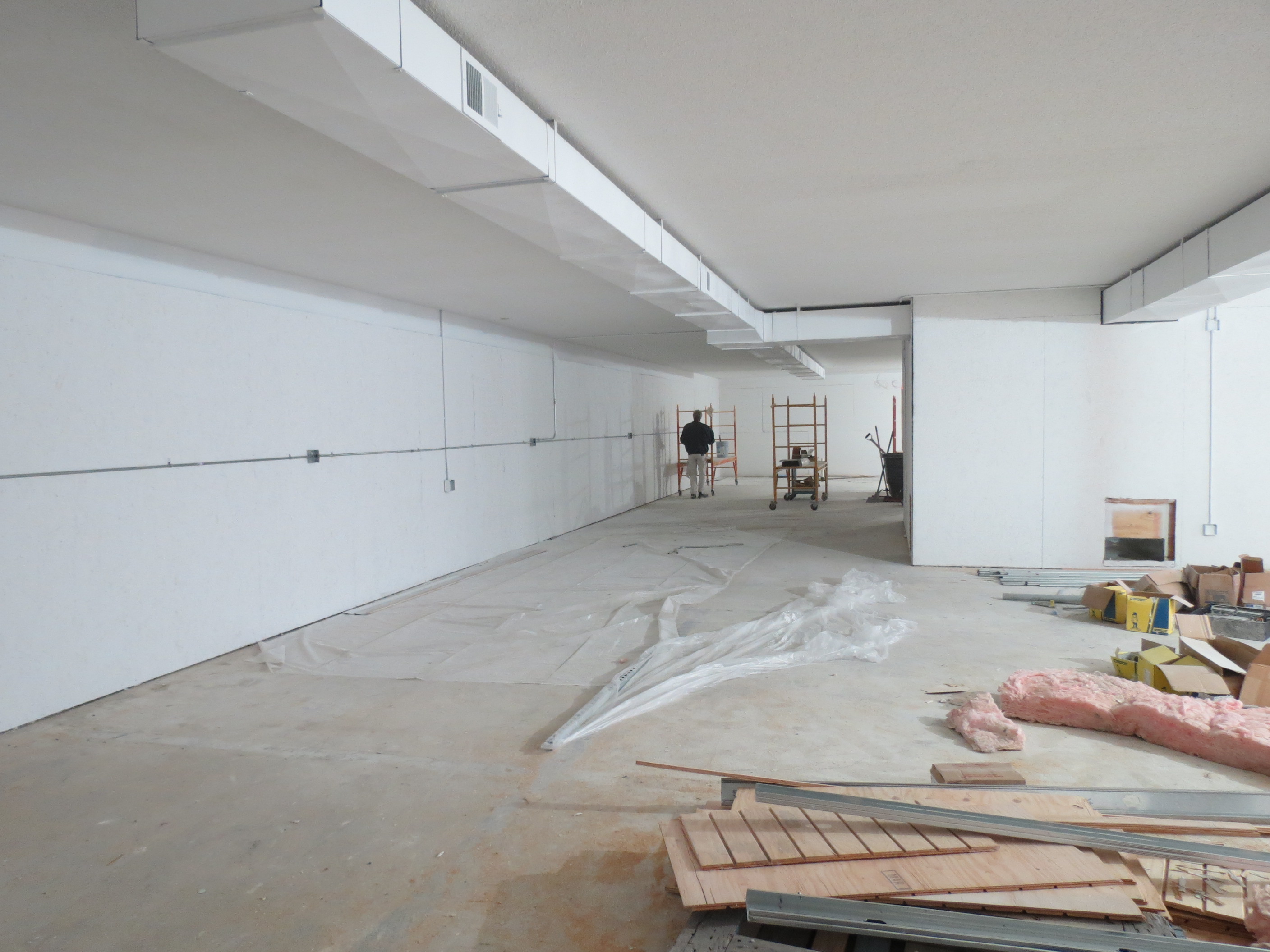 The ceilings are getting texturized and sprayed white. Most of the picture windows are installed. Last touches for the walls in the offices are being sanded and will be painted soon. View our photo album from November 6, 2013. More things are coming together: the ceiling has gotten a final mudding before they’ll spray on the texturizing material; and the doors and entrances are being installed. See DMARC’s renovation of the new facility at 1435 Mulberry Street. Click here to see pictures from October 30, 2013. 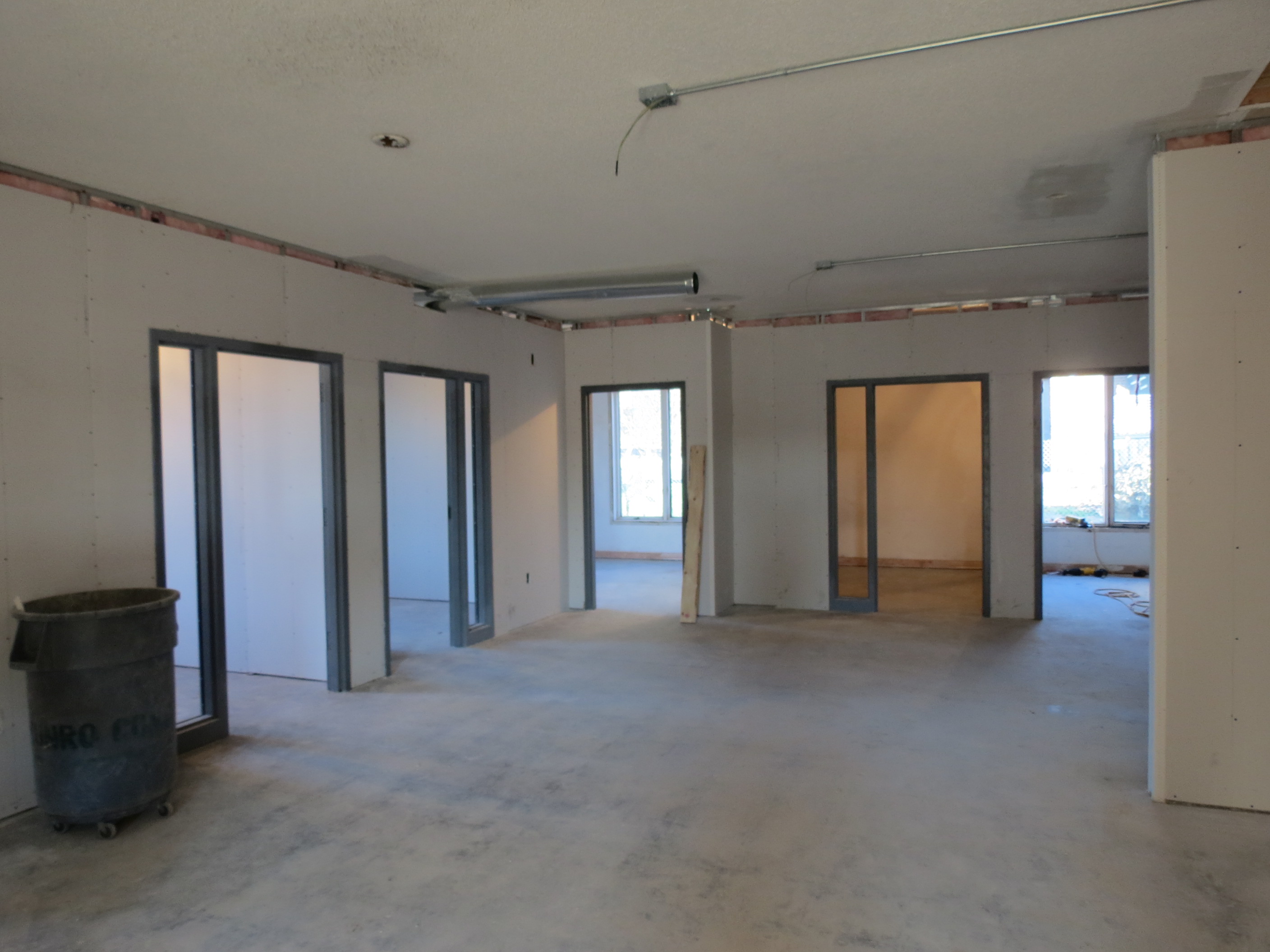 It is nice to see the walls in place and the rooms coming to shape. Also, the shingling on the roof is nearly complete. Click here to view photos from October 24, 2013. 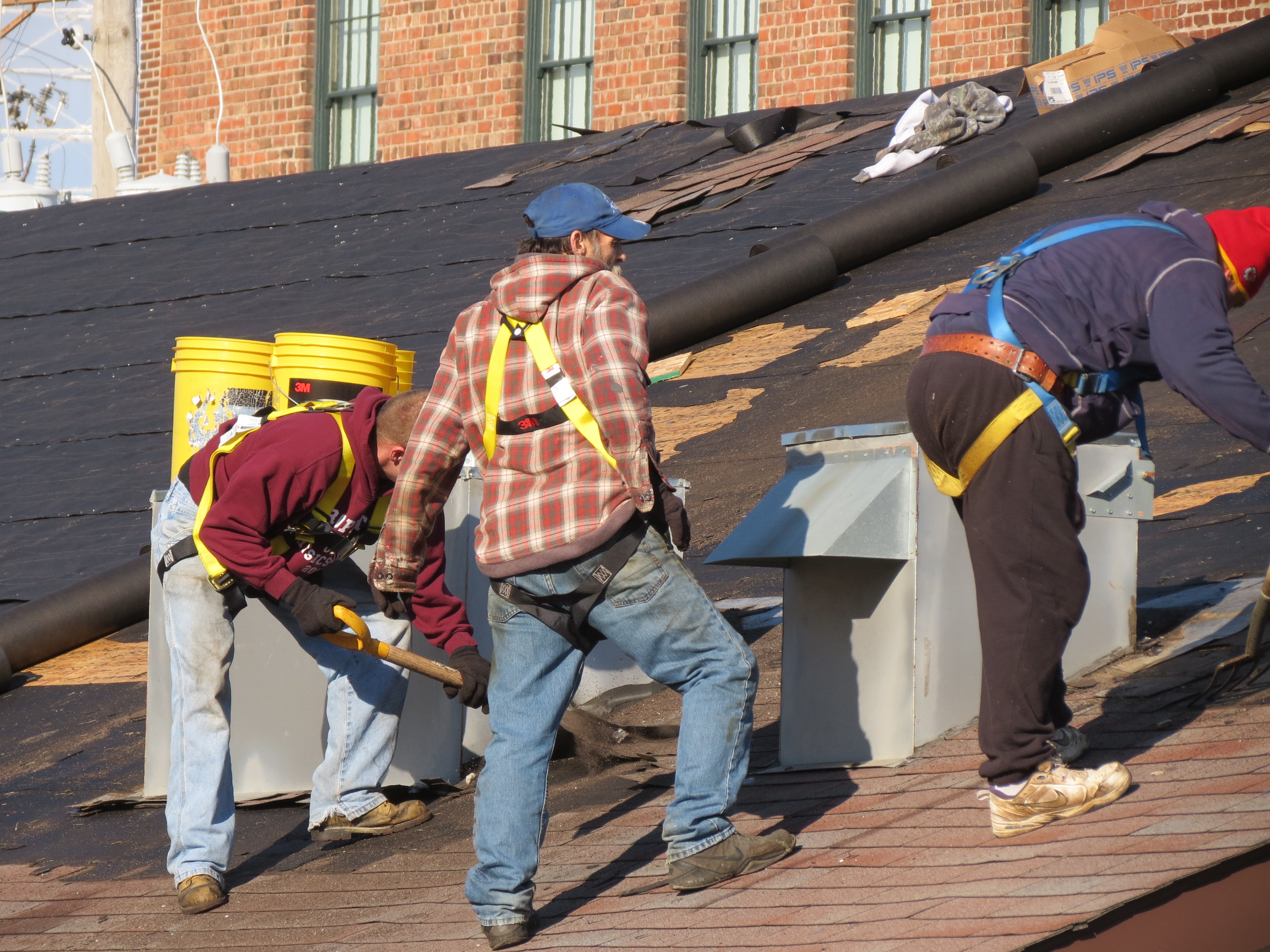 Today the roofers were ripping off the old and putting on new shingles. Also, at the dock ramp for the warehouse, footings and foundation walls were being installed. Click here to view photos from October 17, 2013. Day-of-Action with Principal volunteers and DMARC staff. They work on cleaning up trash and the over growth of bushes and trees. The grounds of the new building are looking trim now! Click here to view photos from October 11, 2013. 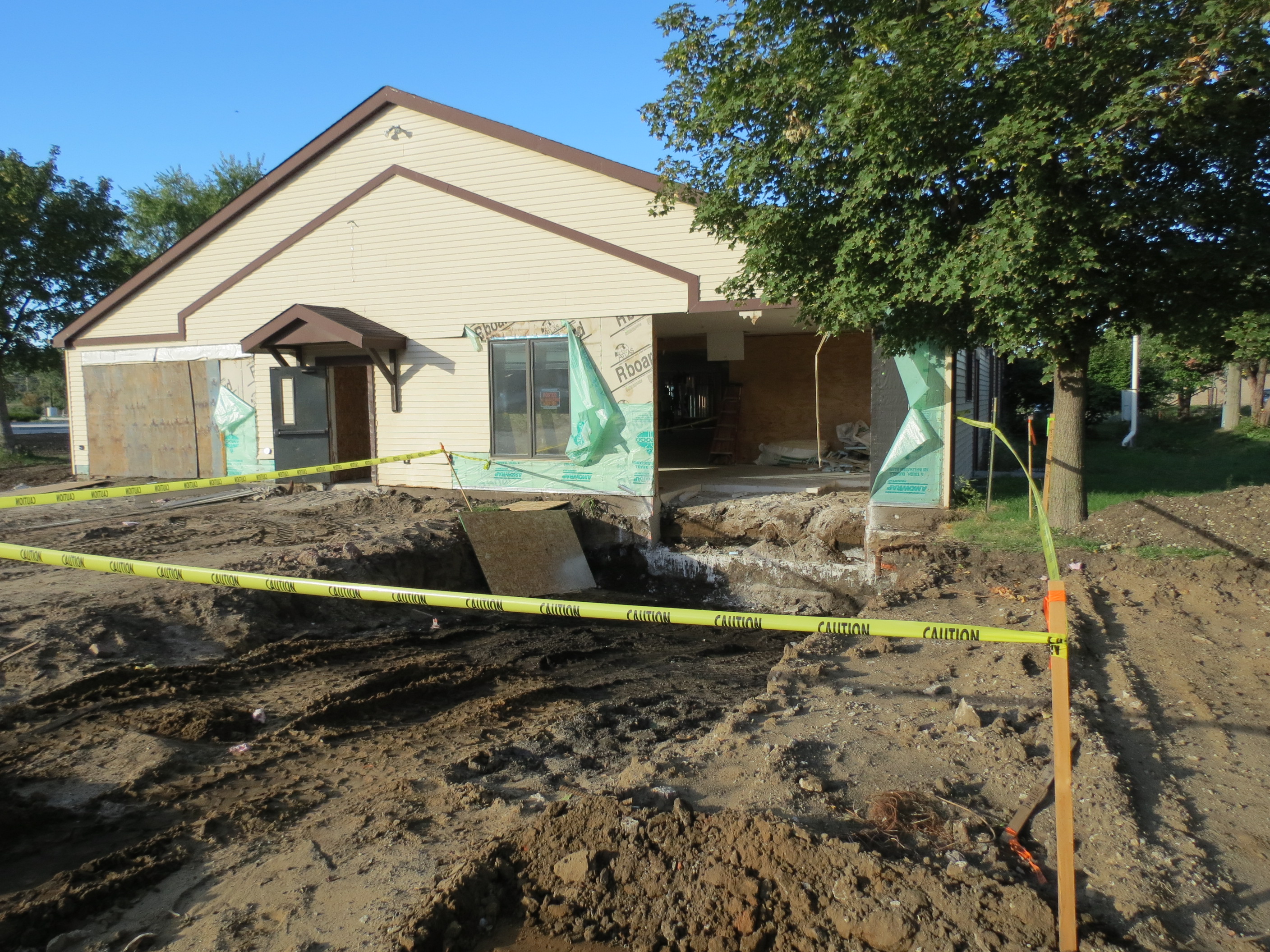 Changes are being made at 1435 Mulberry Street! See the new hole for the warehouse garage door and the cement that was removed for the loading ramp. Click here to view photos taken on October 10, 2013. 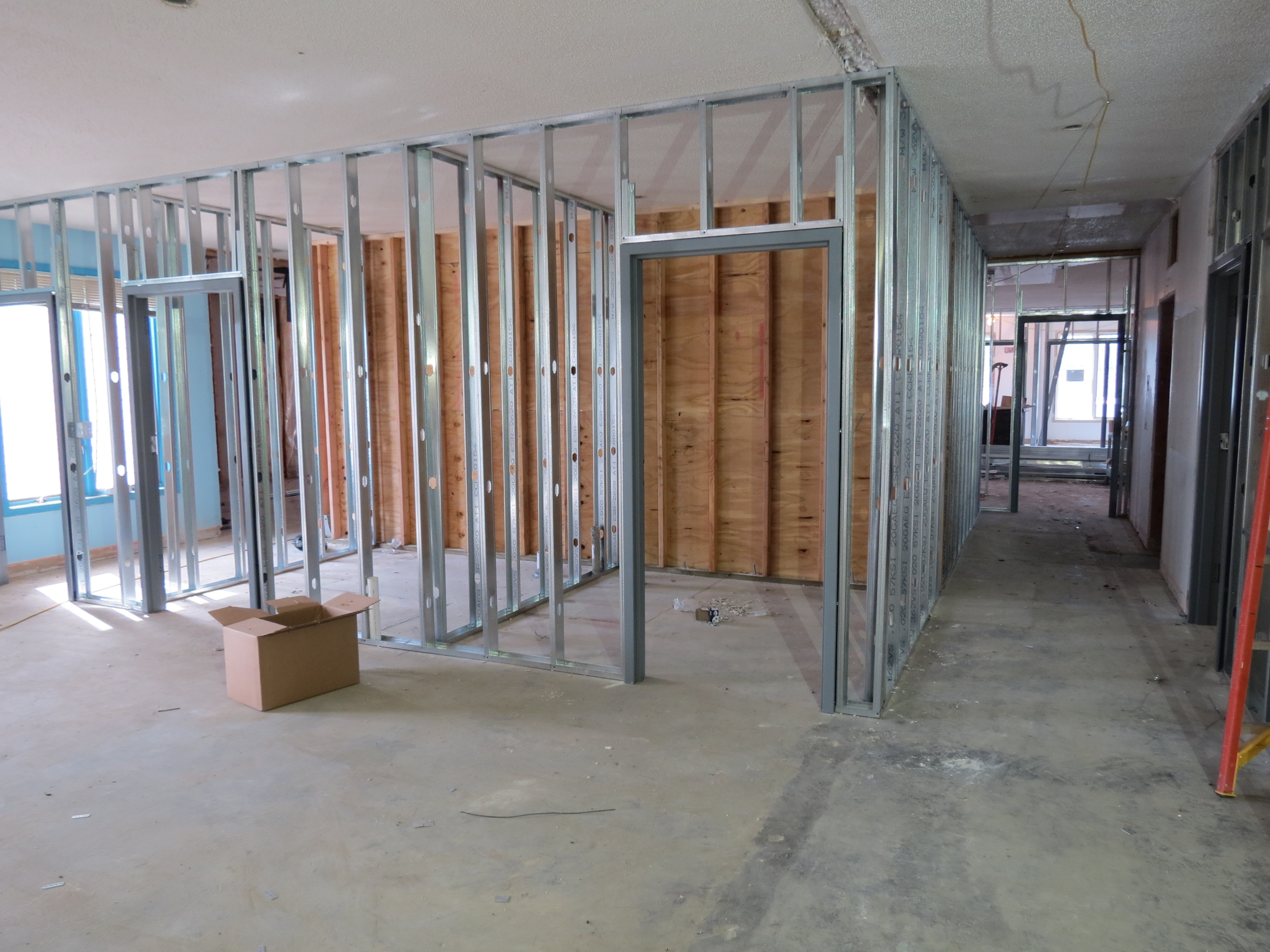 Walls are going up at 1435 Mulberry Street. See the new offices and the sidewalks that have been poured on Mulberry. Click here to view photos taken on October 3, 2013. 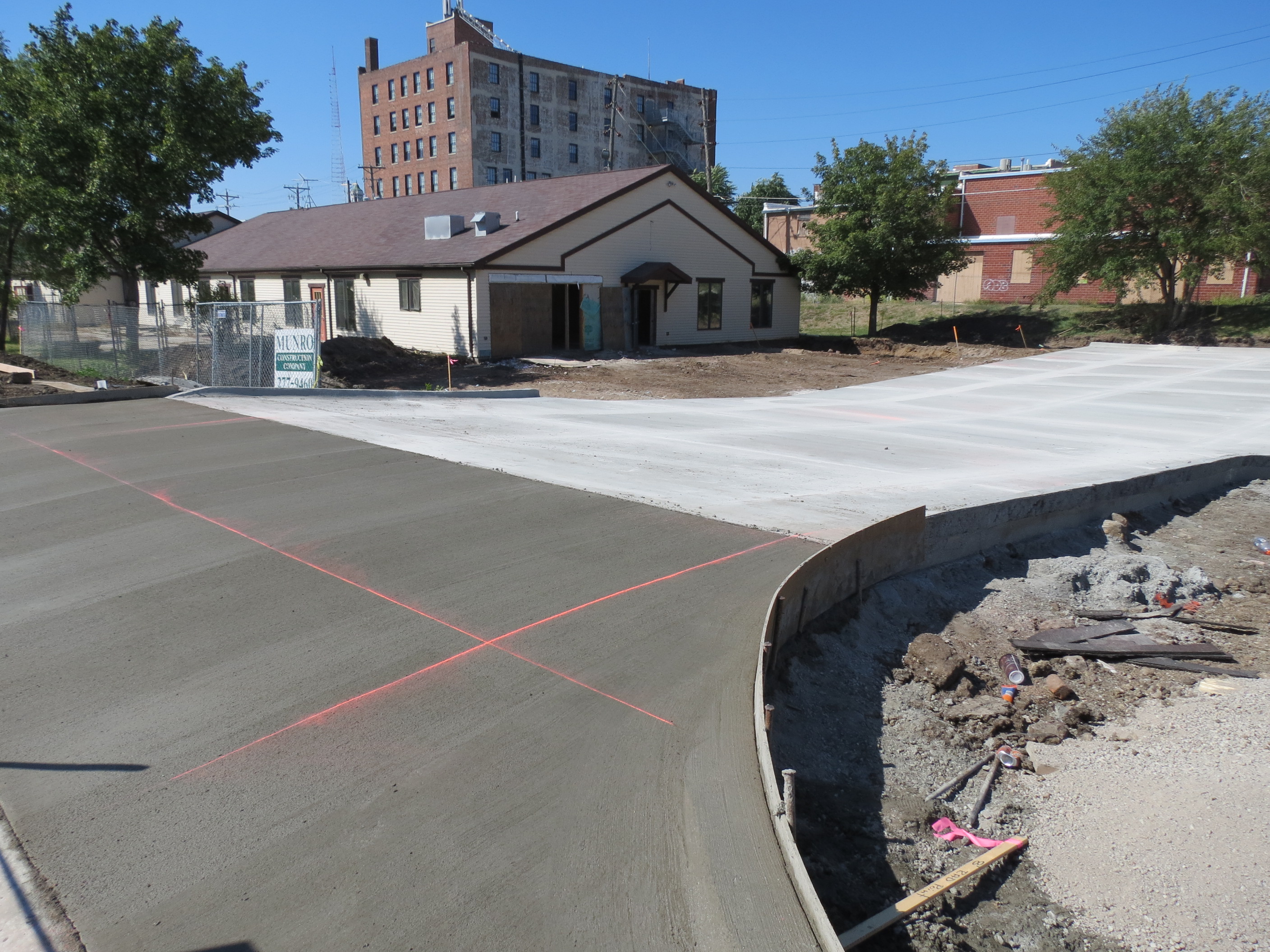 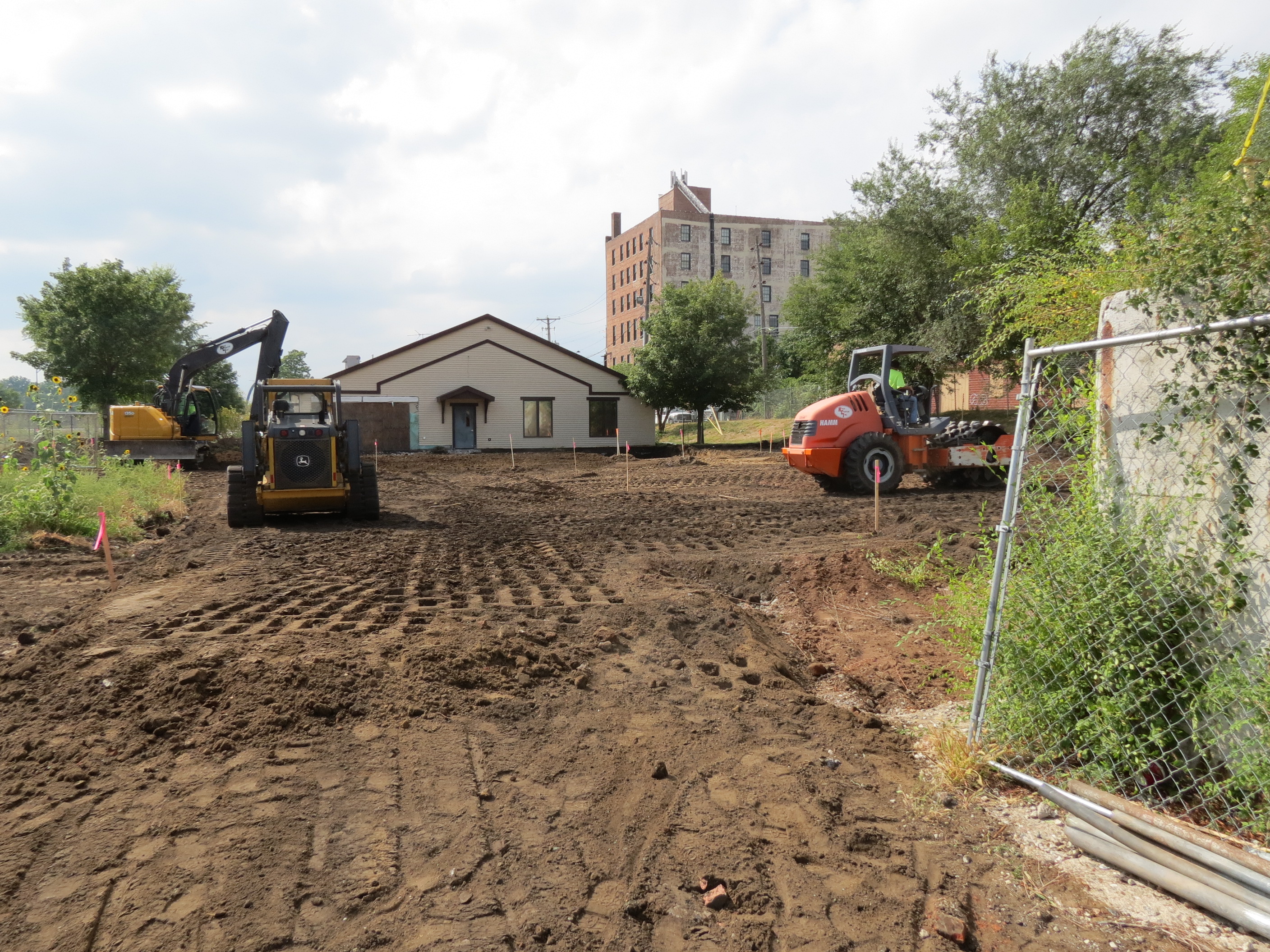 The dock area has been graded and the back parking lot is being leveled for new concrete. Click here to view the photos taken on September 19, 2013. 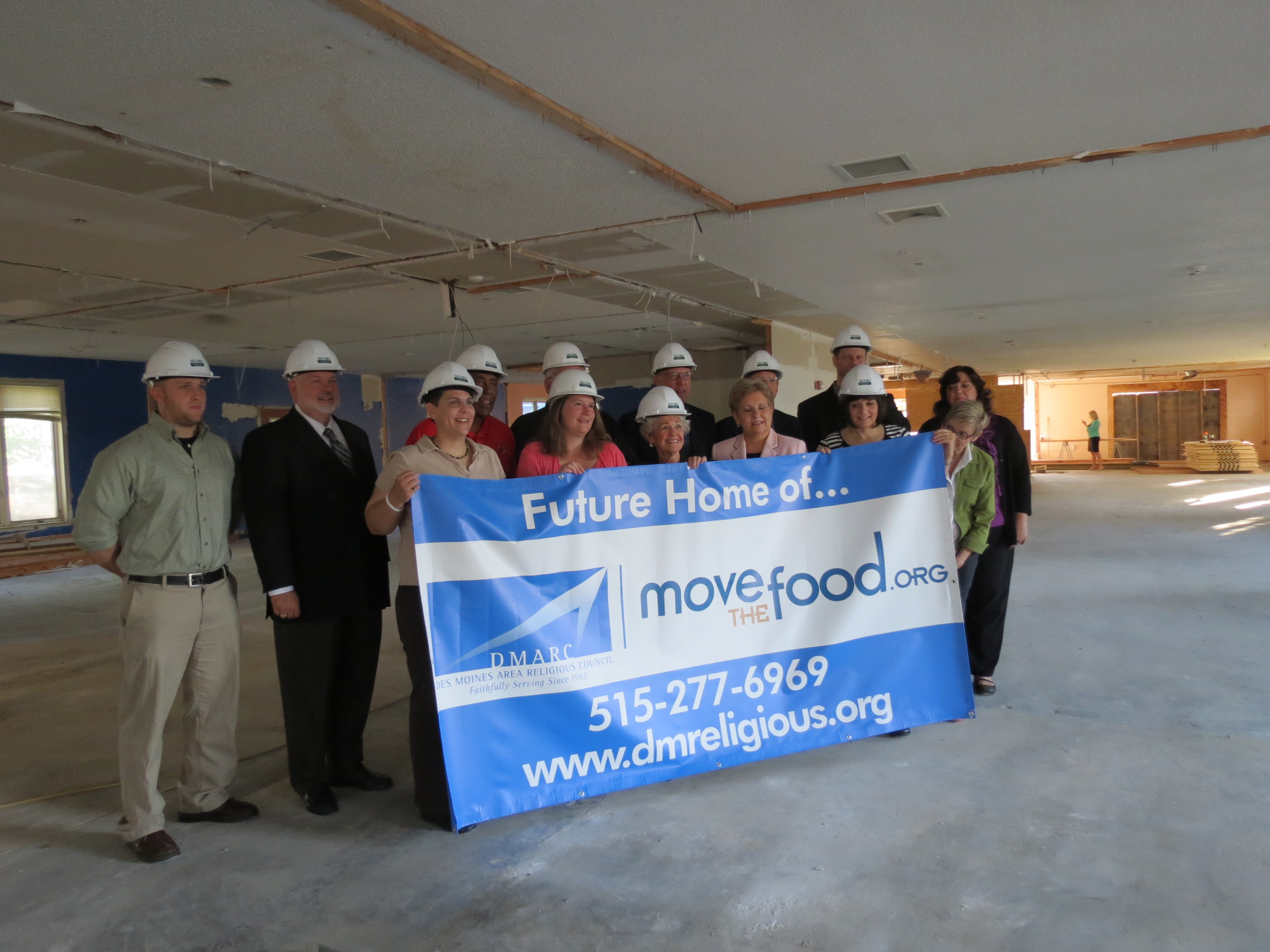 Photo of the DMARC Board of Directors and upper level staff at the new site. They toured the building and spoke with contractors on September 12, 2013. 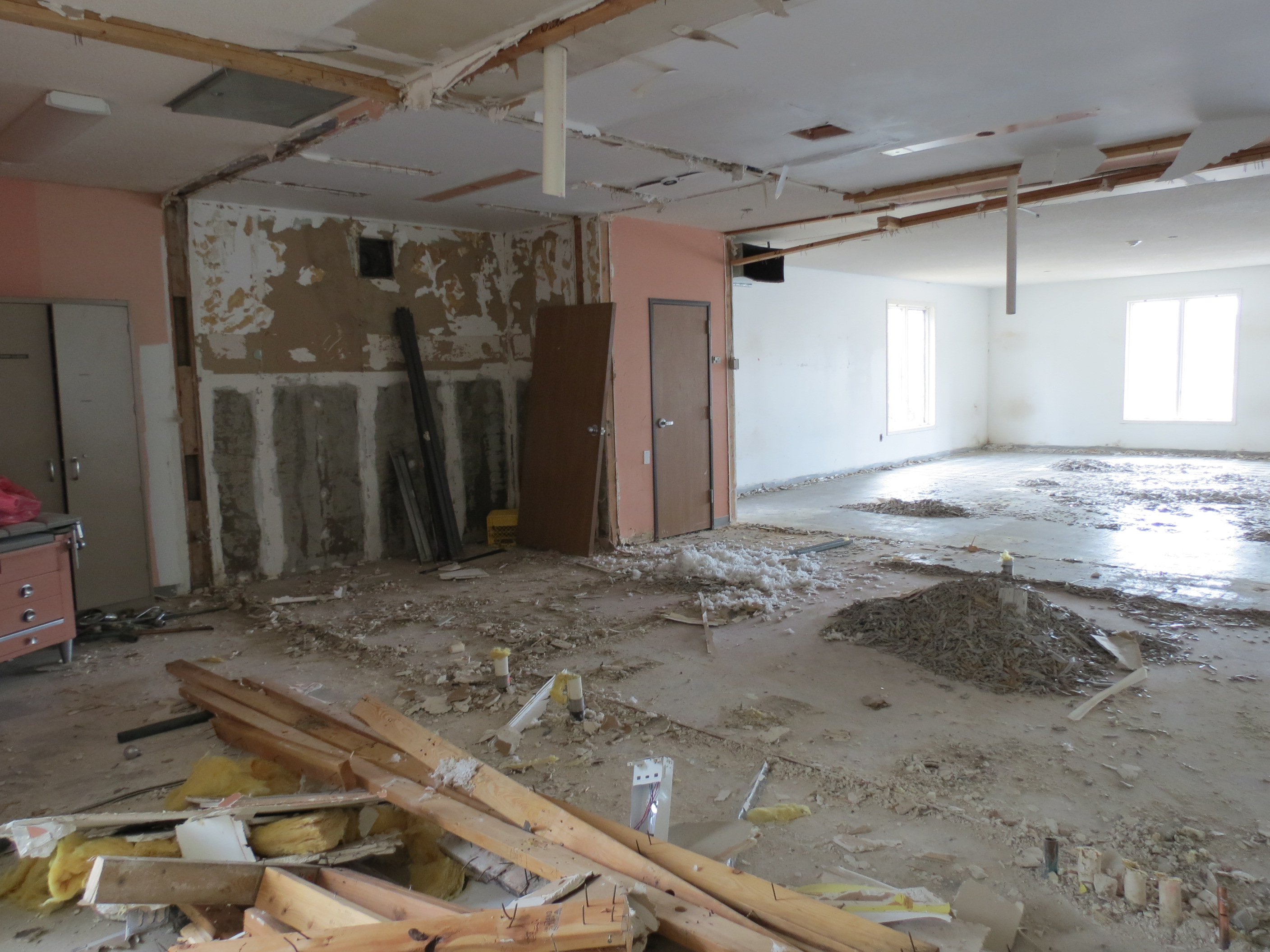 Photo of demolition begun on inside of the old building. Renovation may take four months to complete. Click here to see our after demolition photo album from August 21, 2013. 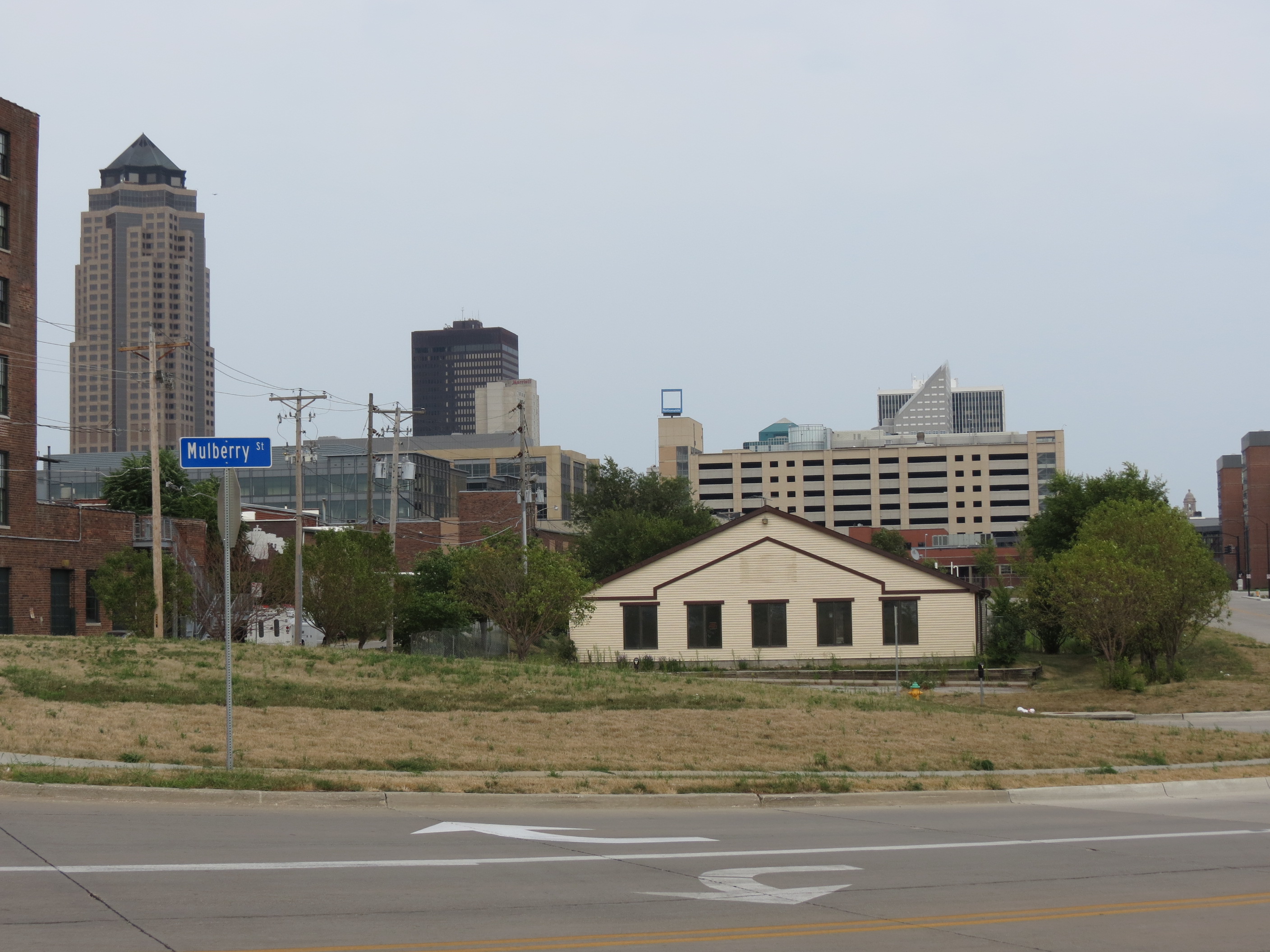 Photo of the DMARC’s new location at the old Central Iowa Shelter & Services building on 15th and Mulberry streets, near downtown Des Moines. Click here to see a photo album of the before construction images taken June 25, 2013.

No Replies to "Watch Our Renovation Progress at 1435 Mulberry Street!"