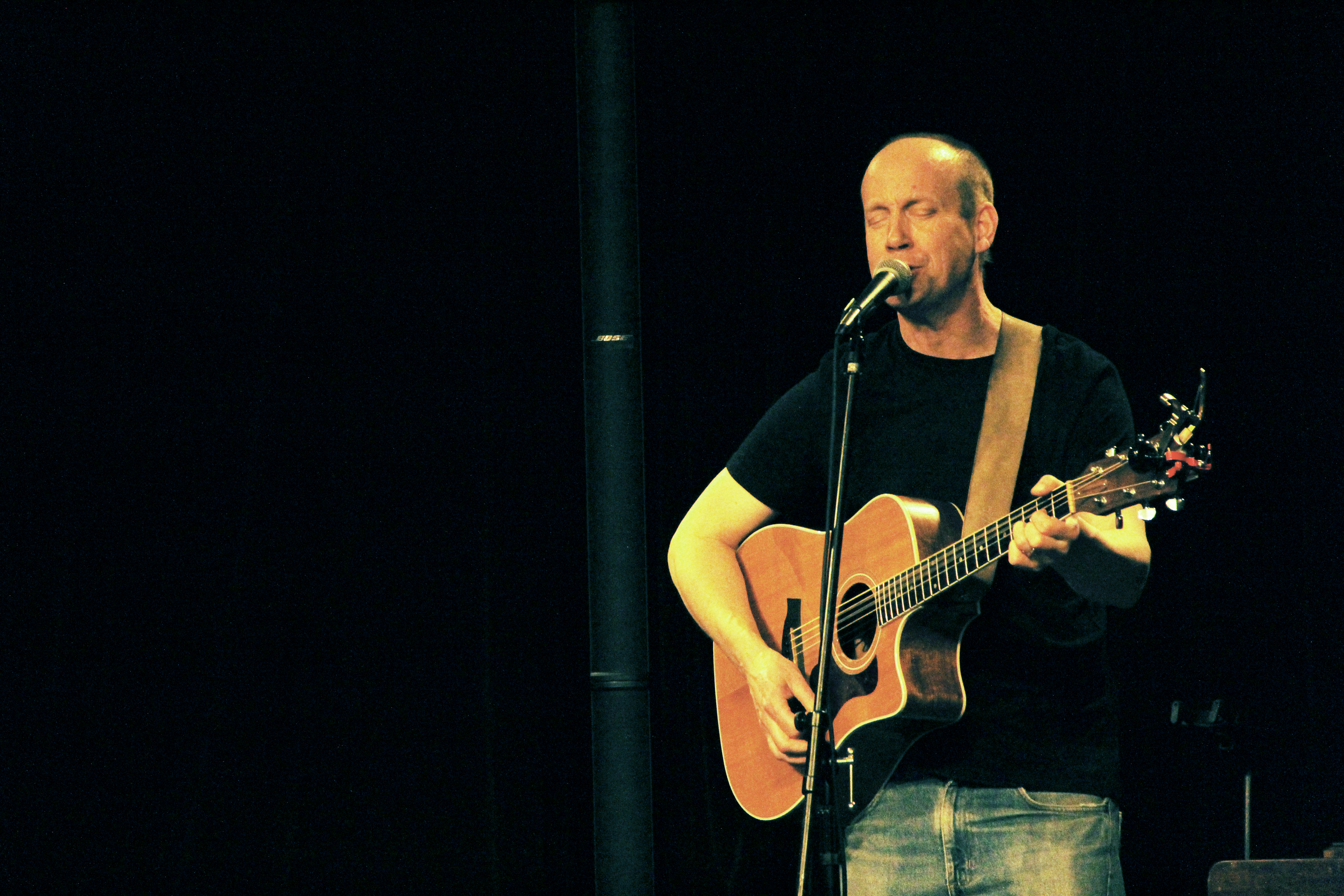 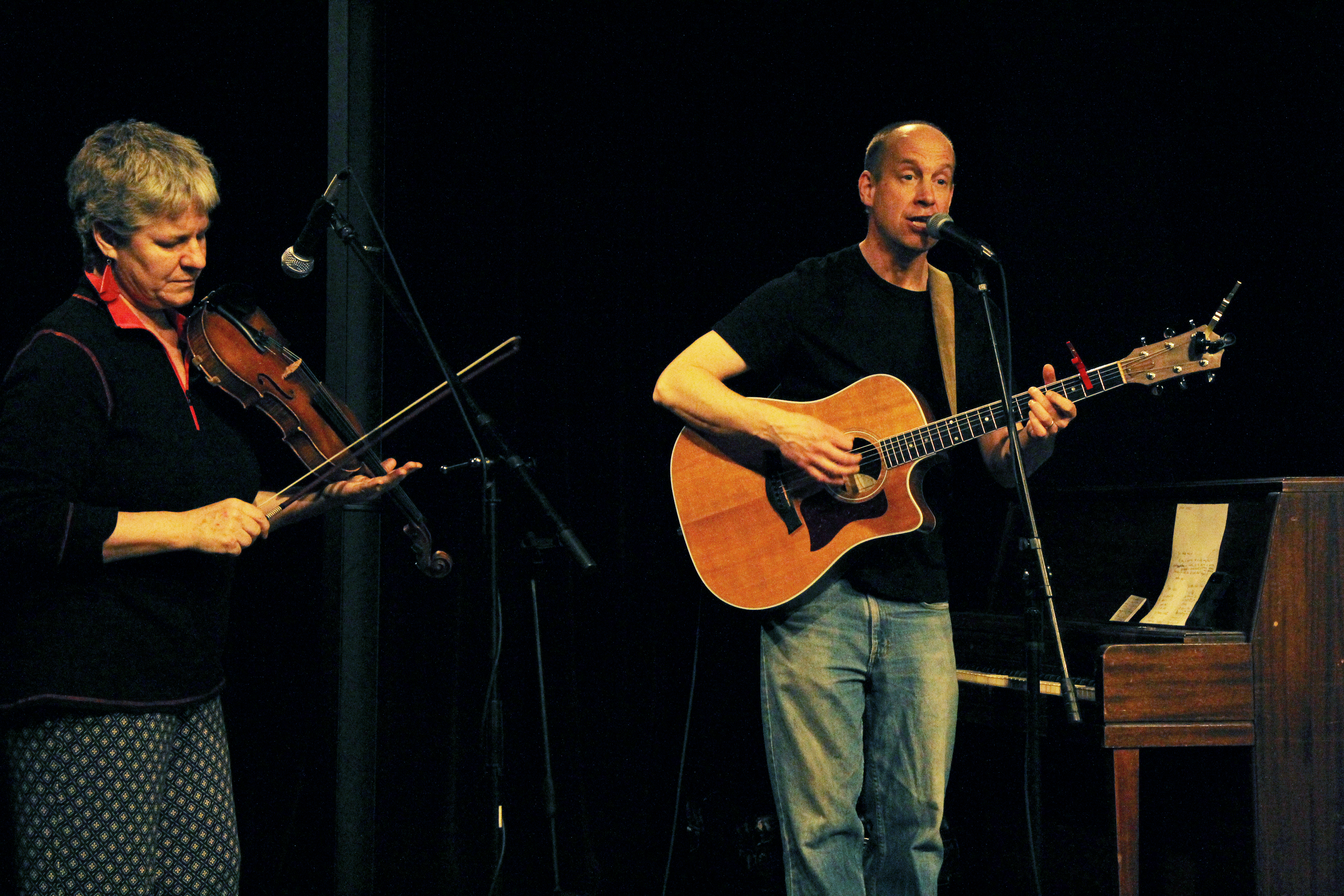 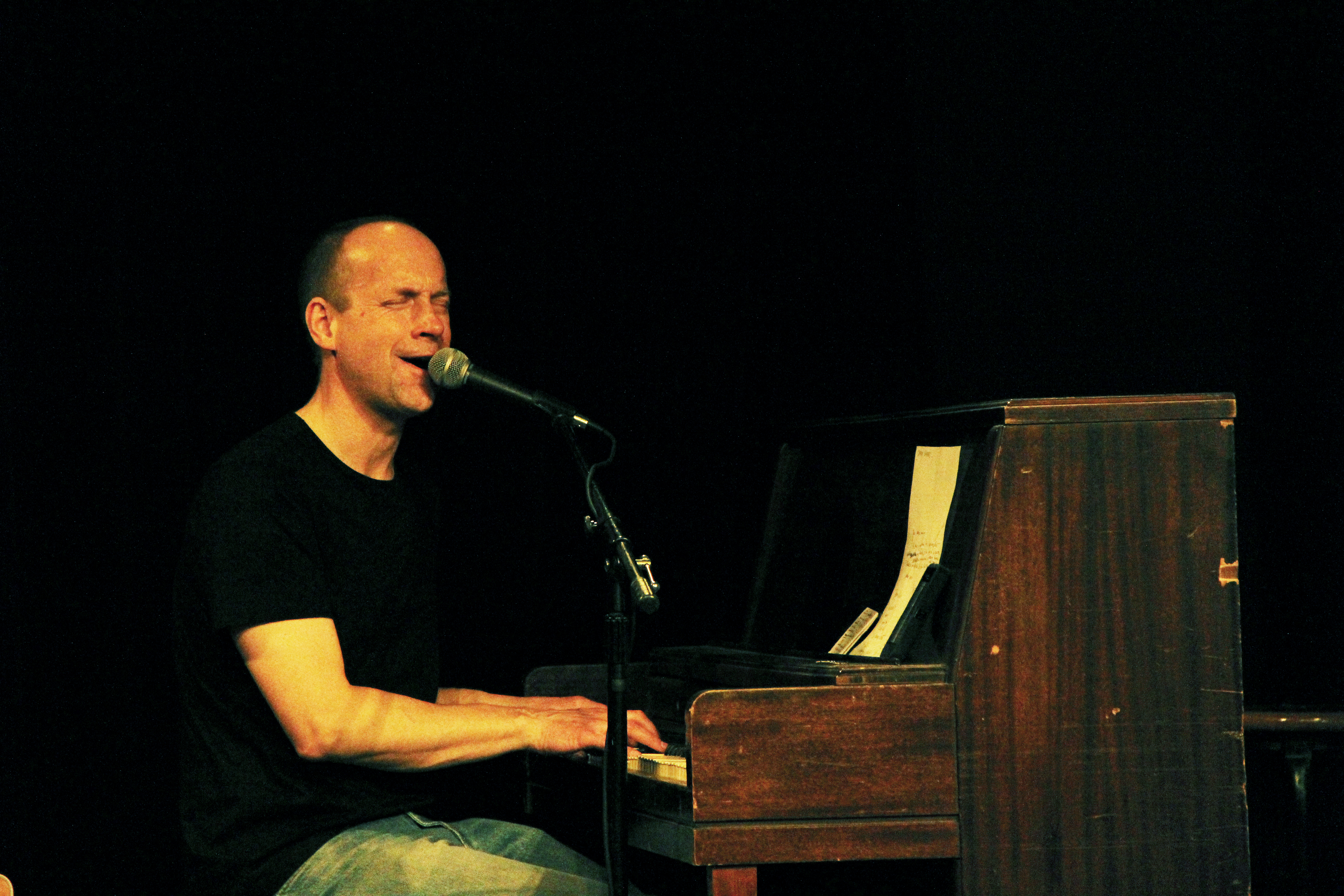 On Friday, March 13, 2015, Singer/Songwriter Hans Peterson held a CD release show for his new album, Every Breath I Sing. The concert was held at Java Joes CoffeeHouse in Des Moines. Hans was accompanied by fellow Minnesotan Linda Breitag on fiddle and vocals.

Hans’ songs follow the themes of family, Midwestern life and storytelling, and are influenced by his Nordic heritage. Originally born in an Alaskan village, Hans Peterson now lives in Minnesota on in Mother-in-law’s former dairy farm. He and his wife, Heidi, live there with their two boys and various farm animals. When Hans is not weeding the garden or chasing sheep, he teaches music and continues to tour and record.

Hans prefaced one song of his with a story of his son, Simon. One evening during prayers, Simon prayed “for the rich to not have too much, and for the poor to have enough”. This prayer had a lasting impression on Hans, and eventually found its way into one of his songs off the new album, As Big as an Ocean (I Love You). Below is a video of Hans Peterson performing the song live at Java Joes, and continues into an instrumental with Linda Breitag.

The Hans Peterson CD Release Concert raised $100 for the DMARC Food Pantry Network, but through the Douglas M. Woods Challenge Hunger Campaign, the donation was increased to $150. Your donation can have an increased impact as well! From now until April 30, donations designated for “Challenge Hunger” will be matched 50 cents on the dollar.

Thank you Hans Peterson and Linda Breitag for sharing your gifts with us! A special thank you also goes out to former DMARC staff member Terri Speirs, who helped organize and promote the event. We greatly appreciate your help!

Listen to and purchase Hans Peterson’s new album, Every Breath I Sing. 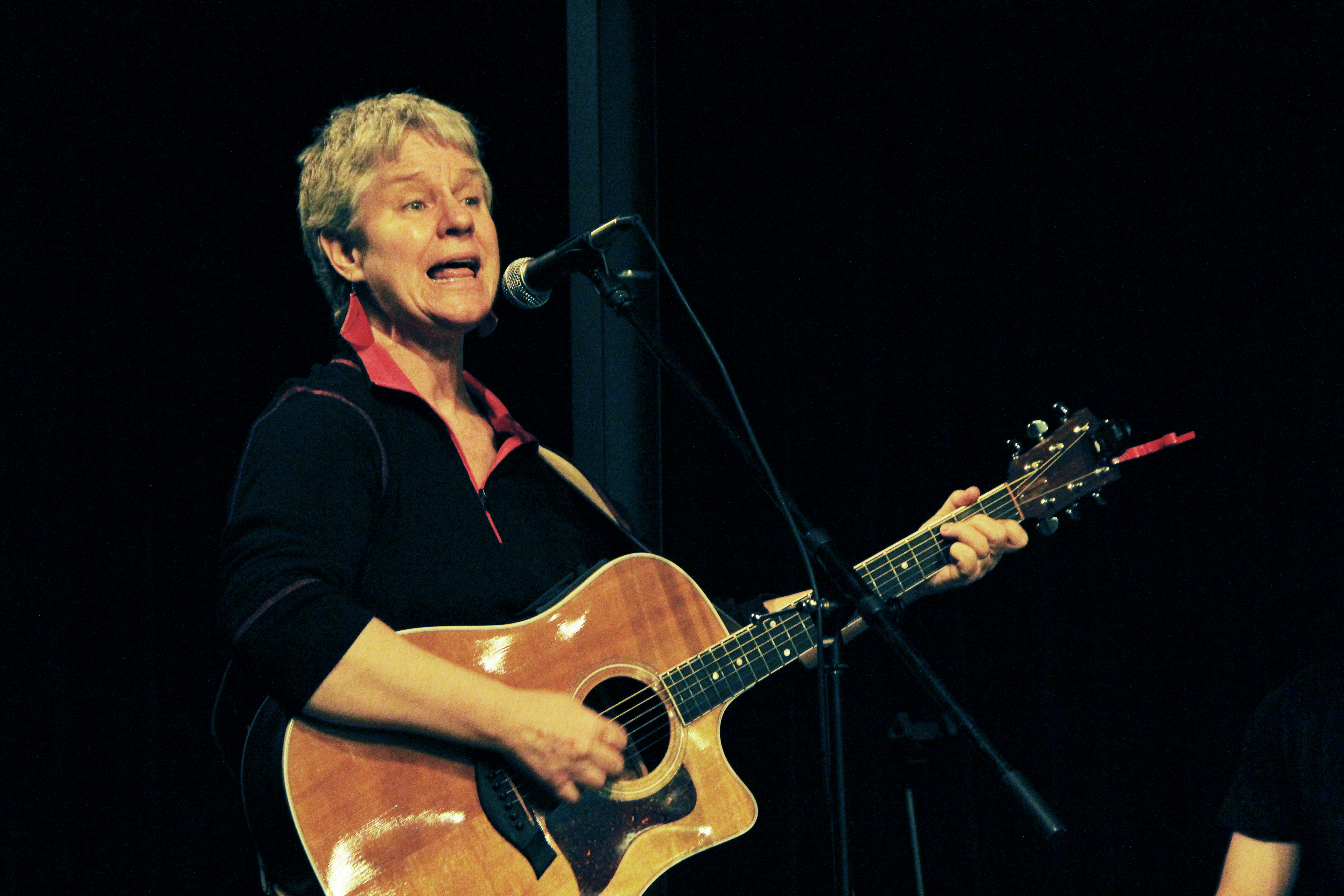 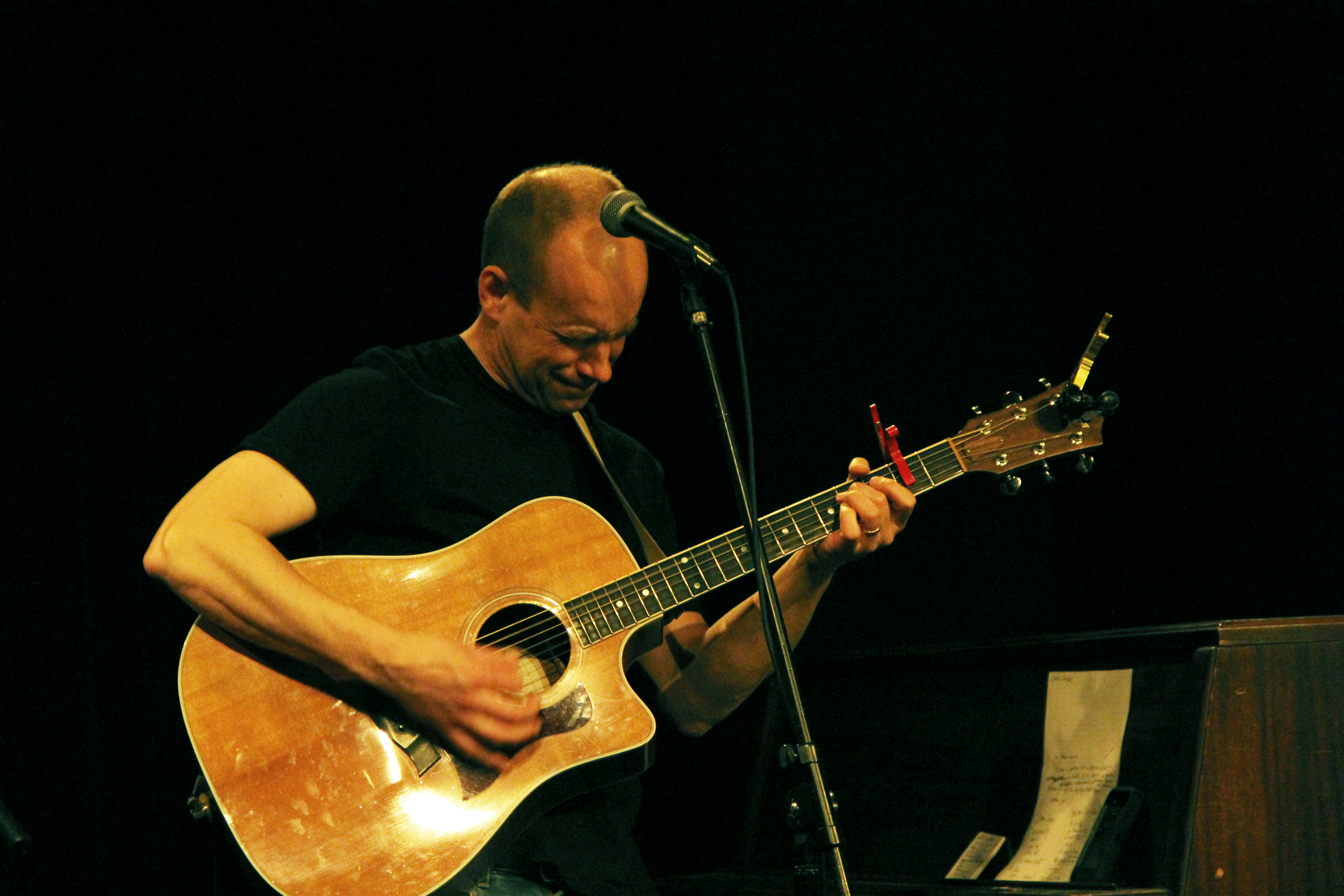 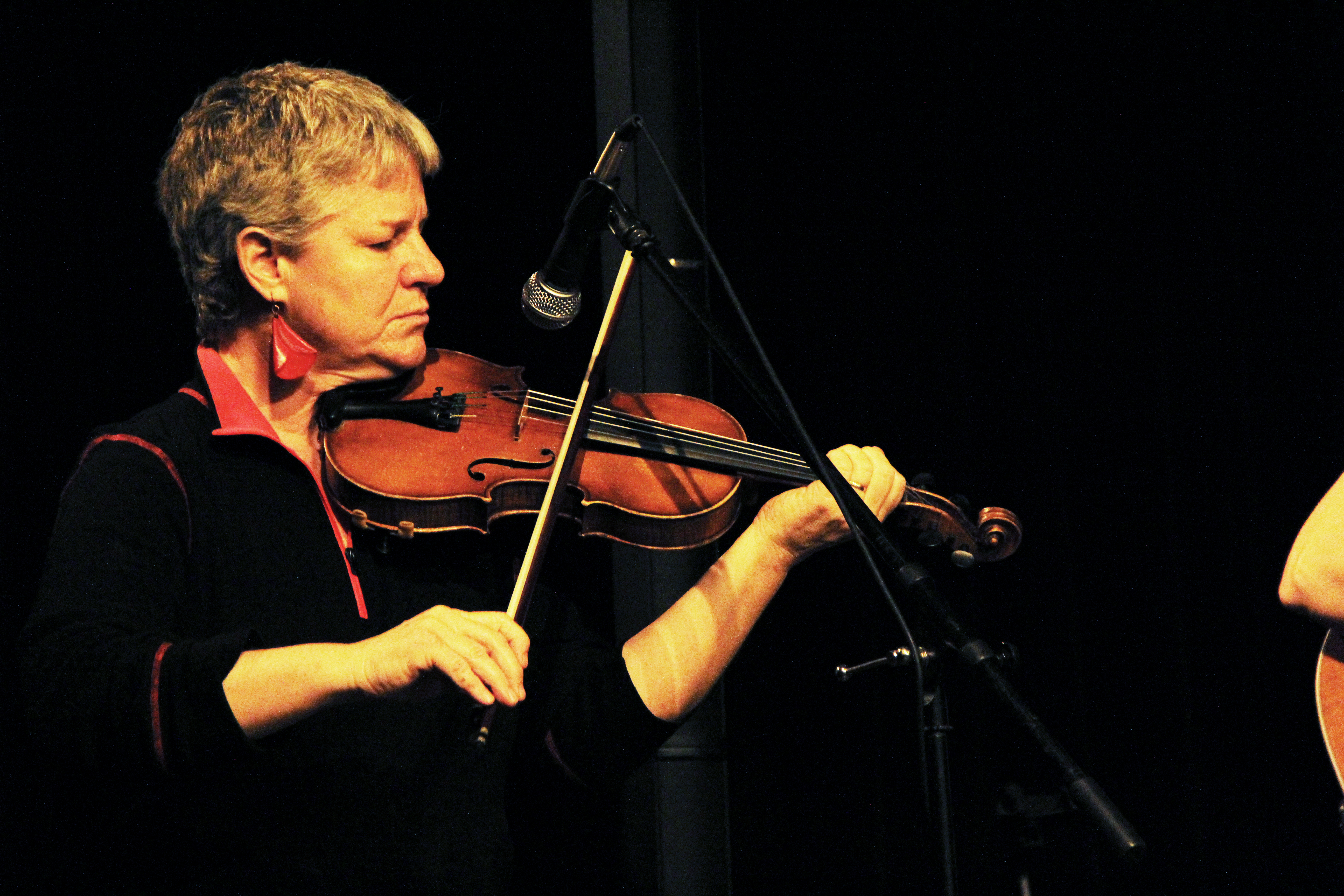