The Des Moines Area Religious Council (DMARC) Board of Directors has named Matt Unger as the new CEO of DMARC. 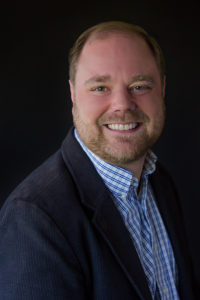 Matt Unger recently completed a 6+ year stretch at the Food Bank of Iowa. Starting as Program Manager and finishing as Chief Operating Officer, Unger led the Food Bank of Iowa to record distribution. His leadership at Food Bank of Iowa also included the implementation of three new programs, a merger with the Food Bank of Southern Iowa, and oversight of the Food Bank’s warehouse remodel. Prior to joining the nonprofit sector, Unger spent more than a dozen years working in the world of political campaigns and management of state government.

Originally from Wisconsin, Unger moved to Des Moines to attend Drake University and has called Des Moines home for over twenty years. He currently lives with his wife, Anita, in Beaverdale.

“It is a privilege to take the helm of an organization with a mission dedicated to meeting human needs in our community,” said Unger. “I’m excited to lead the team at DMARC and look forward to the future we’ll shape together.”

Unger will begin serving as CEO of DMARC on Wednesday, July 10. Current DMARC Executive Director Rev. Sarai Schnucker Rice will continue serving in a transitional role until at least the end of July.

“The Board believes that Matt will do an exceptional job leading DMARC, and I am excited to see how his perspectives and talents will grow our organization,” said DMARC Board President Emily Webb.

A retirement open house for Rev. Sarai Schnucker Rice will be held on Friday, July 12, from 3-5pm at DMARC’s headquarters, 1435 Mulberry Street in downtown Des Moines.